VESSEL OF TWO GOD N’s EMERGING FROM THE TURTLE SHELL 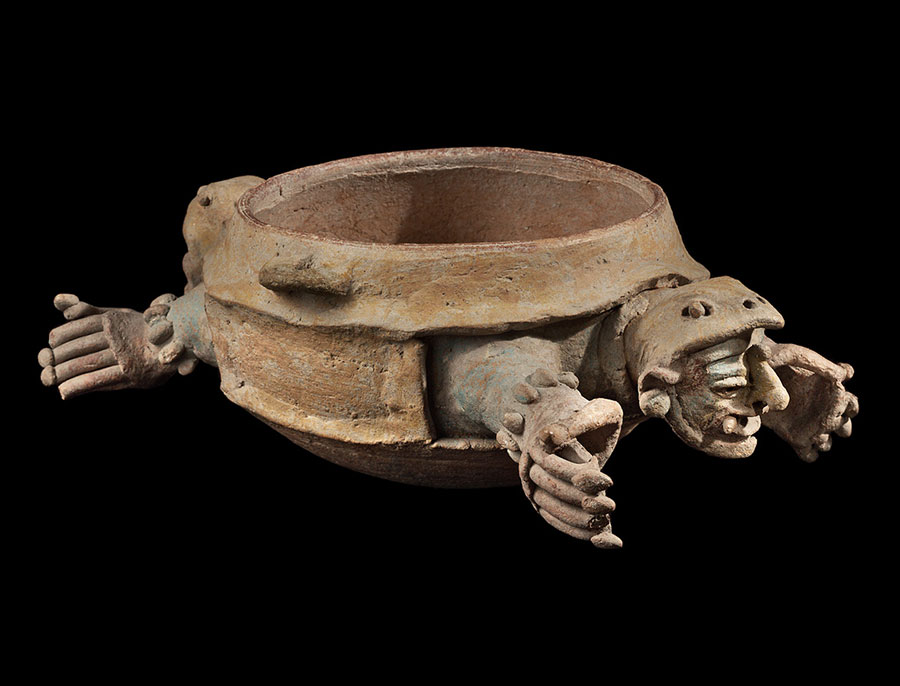 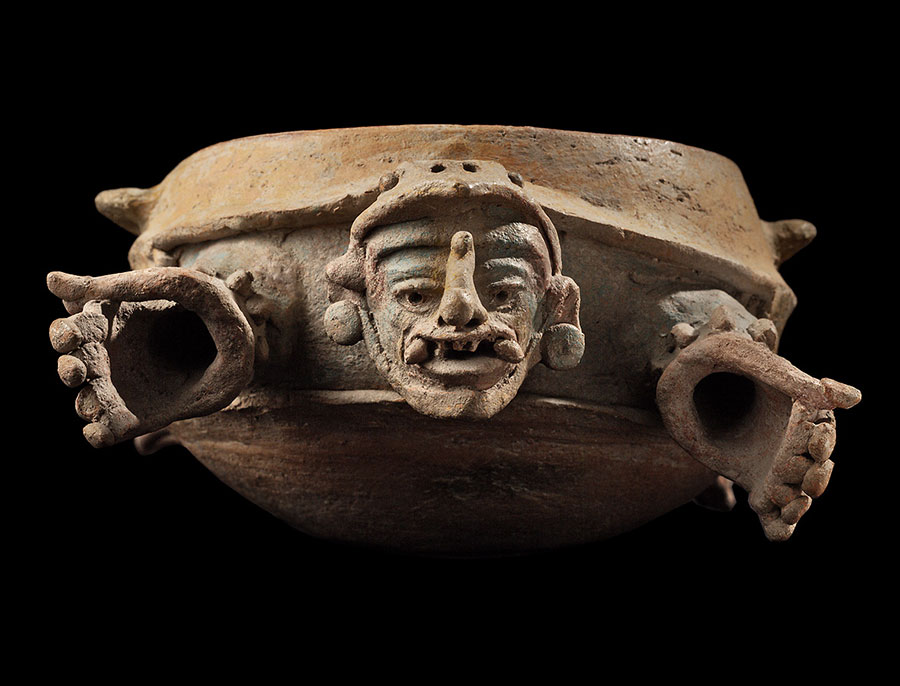 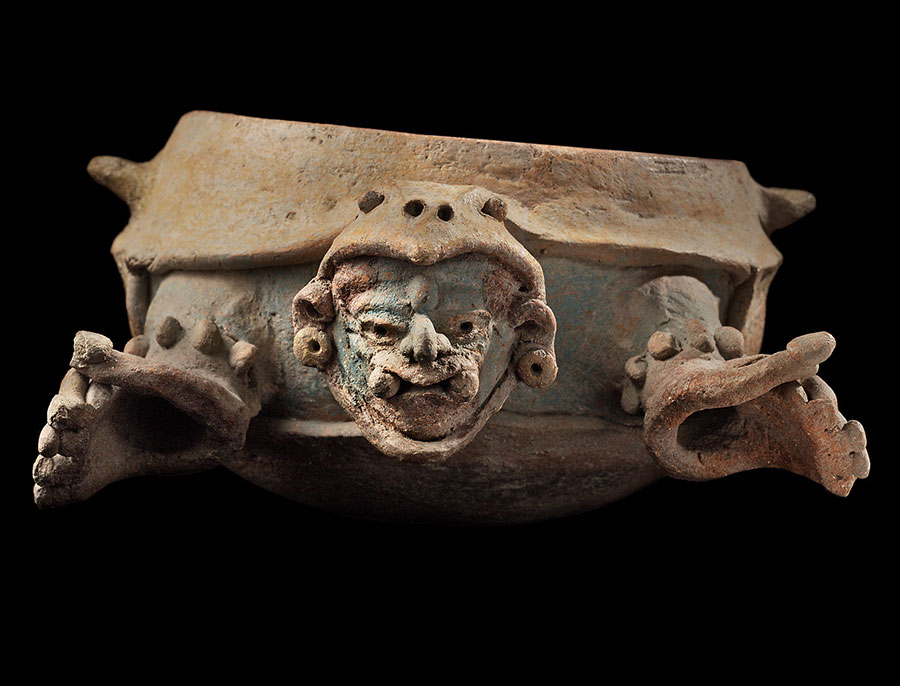 This flat-bottomed rounded vessel’s decoration is in high relief. Two three-dimensional heads of God N energetically burst forth from within two turtlehead masks on opposite sides. Their oversized hands, with cupped palms, the thumbs folded over the elegant long fingers and the wrists adorned with beaded bracelets, emerge, as well, flanking the heads. The gods’ heads have large noses with a bead decorating each bridge, heavy eye lids, and broad toothy mouths distended by fangs or “breath emanations” in the corners. The orange terracotta retains some polychrome, particularly on the gods’ heads and arms where washes of Maya blue and bits of red are visible.

The carapace and plastron of the turtle do not meet. Rectangular panels bridge the gaps on the side and their straight, vertical edges make it appear that doors have slid open to allow the gods to emerge, like on a cuckoo clock. Two rings, projecting laterally below the rim, indicate the vessel was suspended or had a lid secured to it.

The old god, known as God N, Mam, or Pahuatan often appears emerging from a turtle carapace or a snail shell on modeled or painted Maya ceramic vessels. Four such deities, standing at the four quarters, support the terrestrial plane that is the world, also considered a turtle shell. The fact that there are two images of God N on the vessel suggest that it was paired with another, identical one, as four God N’s together perform the atlantean cosmic duty of bracing the world.

In the Popol Vuh, the Quiche Maya legend, one of the adventures of the Hero Twins is the drawing out of God N from within his protective shell to be killed in revenge for their father’s (the Maize God) and uncle’s deaths. Since the Maya thought of the earth from which the Maize God was reborn to be a turtle, a large codex-style plate painted with the Maize God’s resurrection shows a two-headed turtle as the ground from which he emerges (See: Miller and Martin, p. 56, fig. 16). It was only because the Maize God was resurrected by his sons that the Maya were able to cultivate corn and provide for their society. The fact that our vessel is also formed as the two-headed turtle suggests that the vessel was intended to contain corn.