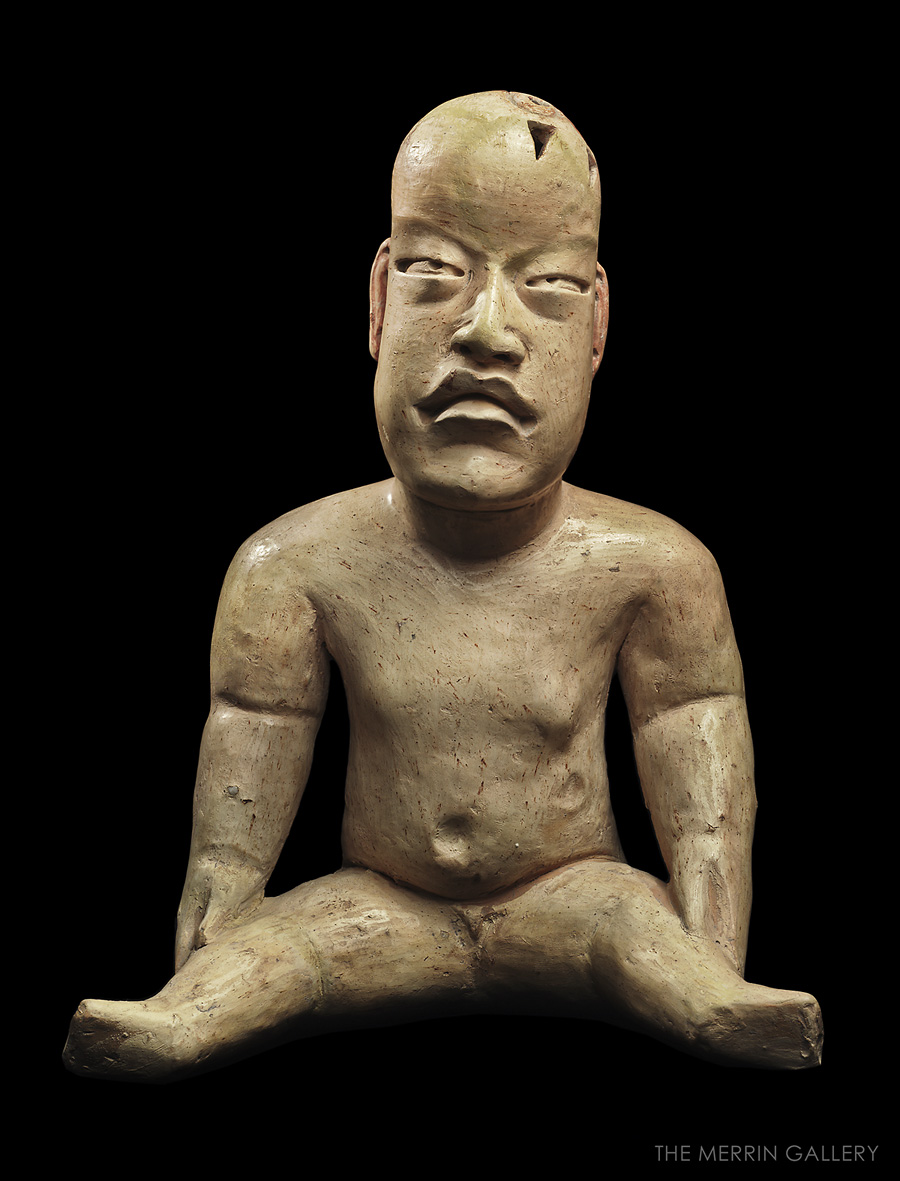 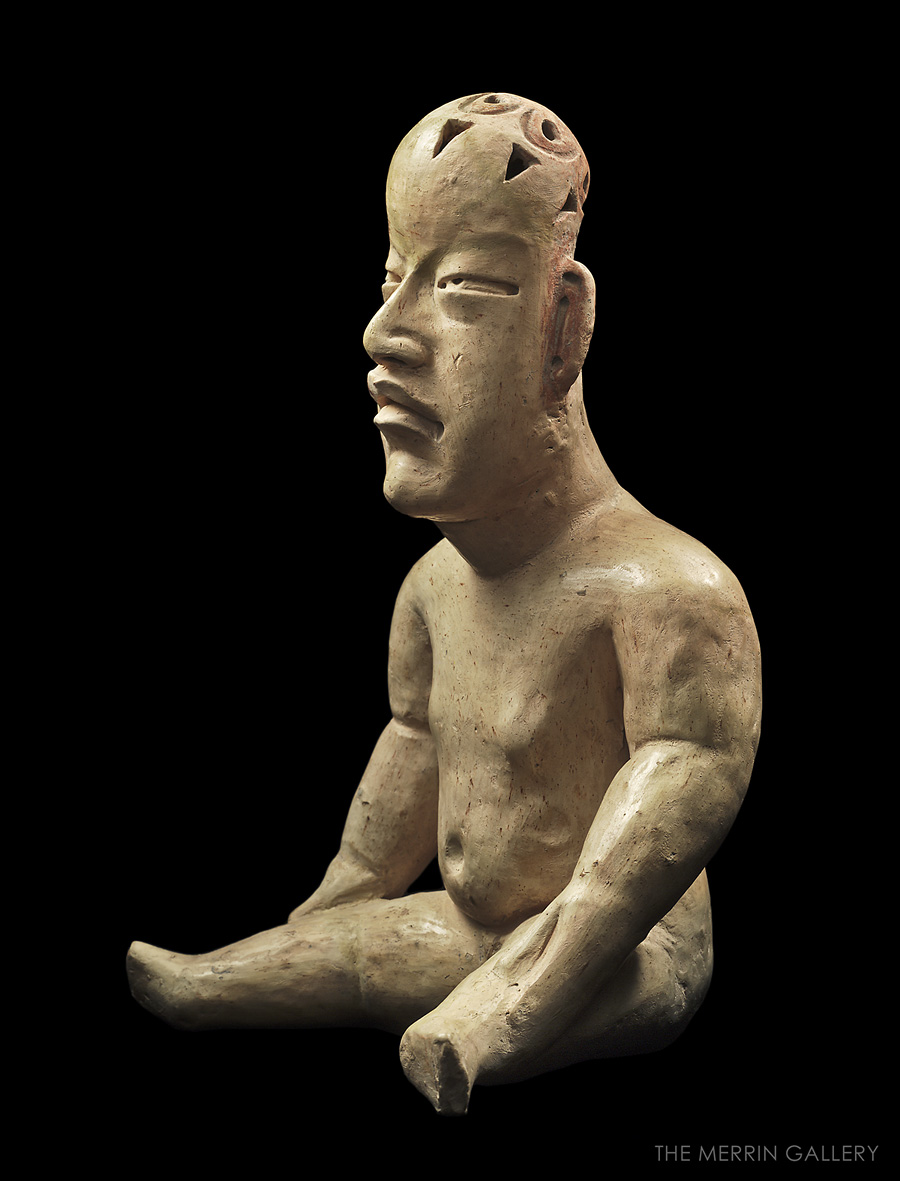 Beginning around 1400 BC, artisans in the Valley of Mexico developed the technology to successfully fire larger figures. They accomplished this by making the figures hollow with fairly uniform wall thickness and by providing vents to prevent explosion. The site of Las Bocas produced the finest of these large, hollow figures with fleshy features, juvenile proportions, and down-turned mouths. They have long been called “babies’, specifically “were-jaguar babies” to indicate their hybrid nature. They manifest the union of a jaguar father and a human mother. The resulting children were considered divinities whose dominion encompassed rain, thunder, and lightning.

As is typical, the figure is sexless, somewhat fleshy, and seated upright with splayed legs. The shoulders are broad. The navel is an indentation. The head is elongated and its proportional oversize in relation to the body is one of the bases for the “baby” identification. However, a sharply defined nose would suggest that the subject is long past weaning age in which as infant’s nasal cartilage is still soft enough to allow close suckling. That detail, the overall poise, and the crispness of the figure beg for a less infantile classification.

The face is exquisitely rendered, garnering the majority of the artist’s attention. The smooth forehead ends with slanted brow ridges. Fleshy lids around the narrow slanted eyes have eccentric pupils with an upward gaze that conveys a trance state. Slim ears have nicks to indicate perforated lobes. The lips are large and pillowy with downturned corners that are subtle hallmarks of jaguar heritage.

The most remarkable feature is the cut-out jaguar paw print on the figure’s skull. This serves both as a firing vent and as a marker of the individual’s father, totemic animal spirit, and special class. (Additional vents are beneath the armpits and one in the back.) Traces of cinnabar highlight the deep incisions of the paw print and the ears.

Many Olmec sculptures, whether in stone or ceramic, are masterful works. That this first true civilization of Mesoamerica was able to produce works of such caliber is truly mind-boggling. These objects embody a uniform expression of a world view that manifests an intense religious fervor. In this Were-Jaguar Baby, we have one of their masterpieces.