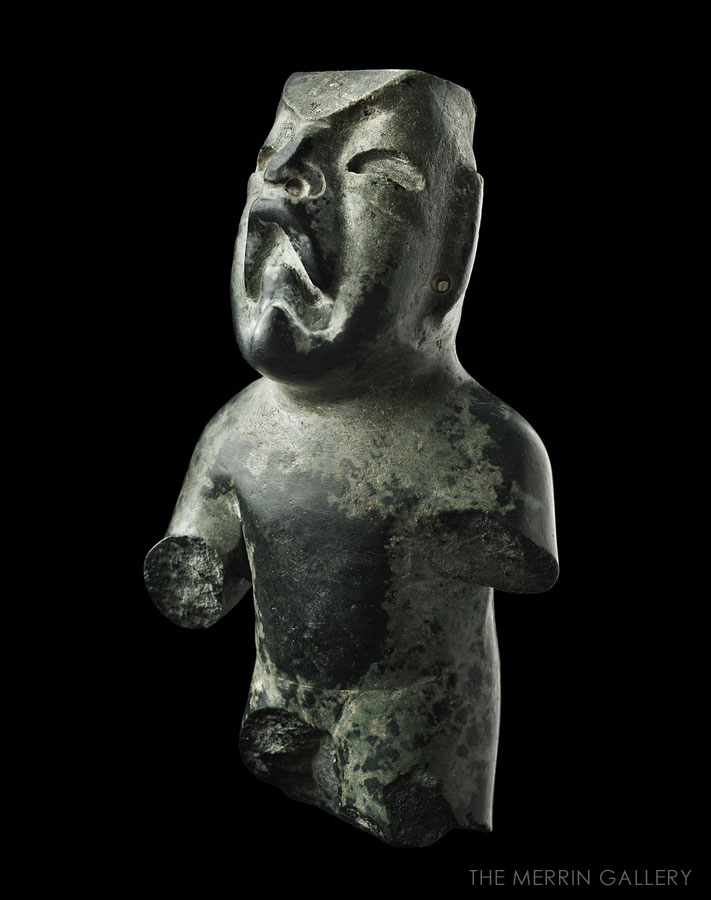 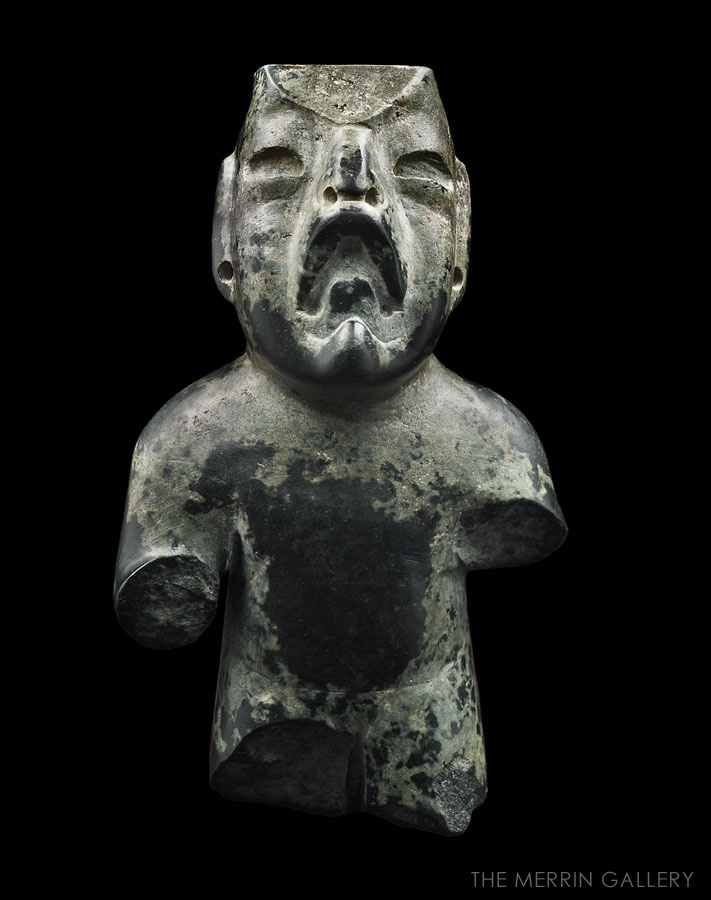 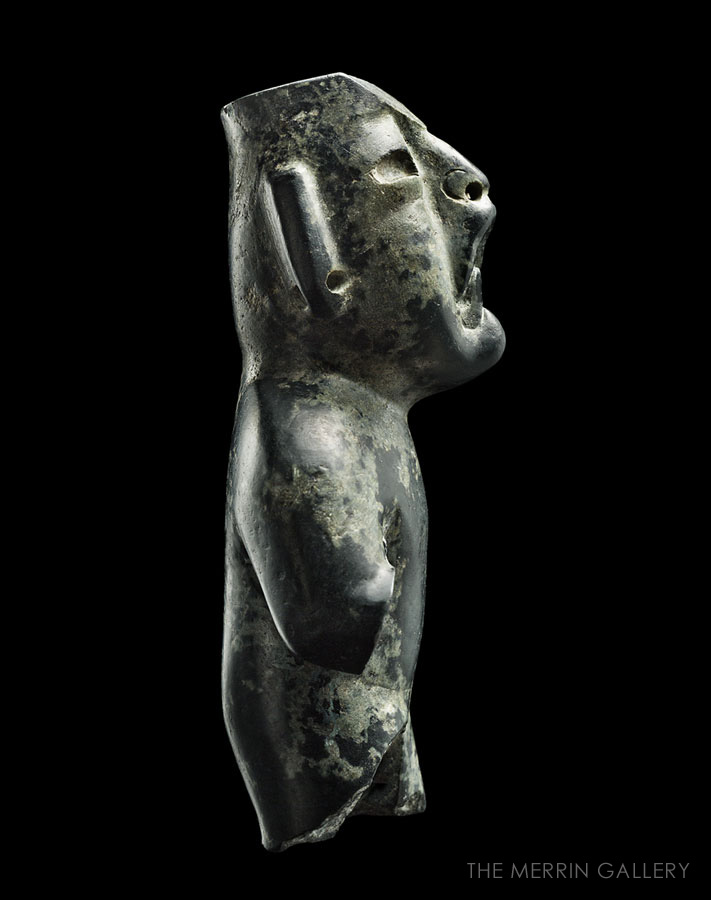 The Olmec culture is arguably the oldest known, and the most artistically articulate, in the pre-Columbian world. Given the moniker “Olmec” (which means “rubber-people”) by the Aztec culture their style and works heavily influenced the rest of Central America long after their decline.

This greenstone figure’s body was carved with thickset limbs and a barrel-bodied torso. There are no intentionally harsh angles to this figure, the lines are naturalistic and soft throughout. The body’s proportions are close to life as well, the only aberrations being the thickset arms and the size of the head; close to twice the height it ought to be in relation to the rest of the body. Both eyes have been smoothly incised between heavy lids on either side of the squat, realistic nose. Level with the eyes on either side of the head are thin, rectangular ears. Each of these is pierced by a small, precise hole at the lobe.

The figure’s most striking feature is perhaps its heavily downturned mouth. The lifted upper lip is met by the pout of the lower lip and strong cleft chin, while being contrasted by the triangular depression of the forehead. It is unknown whether this feature was an intentional design on behalf of the artist or if it was shaved away gradually by some ritual. The truncated limbs are a mystery as well; superficially they resemble the shortened limbs of ancient Greek statues ravaged by time.