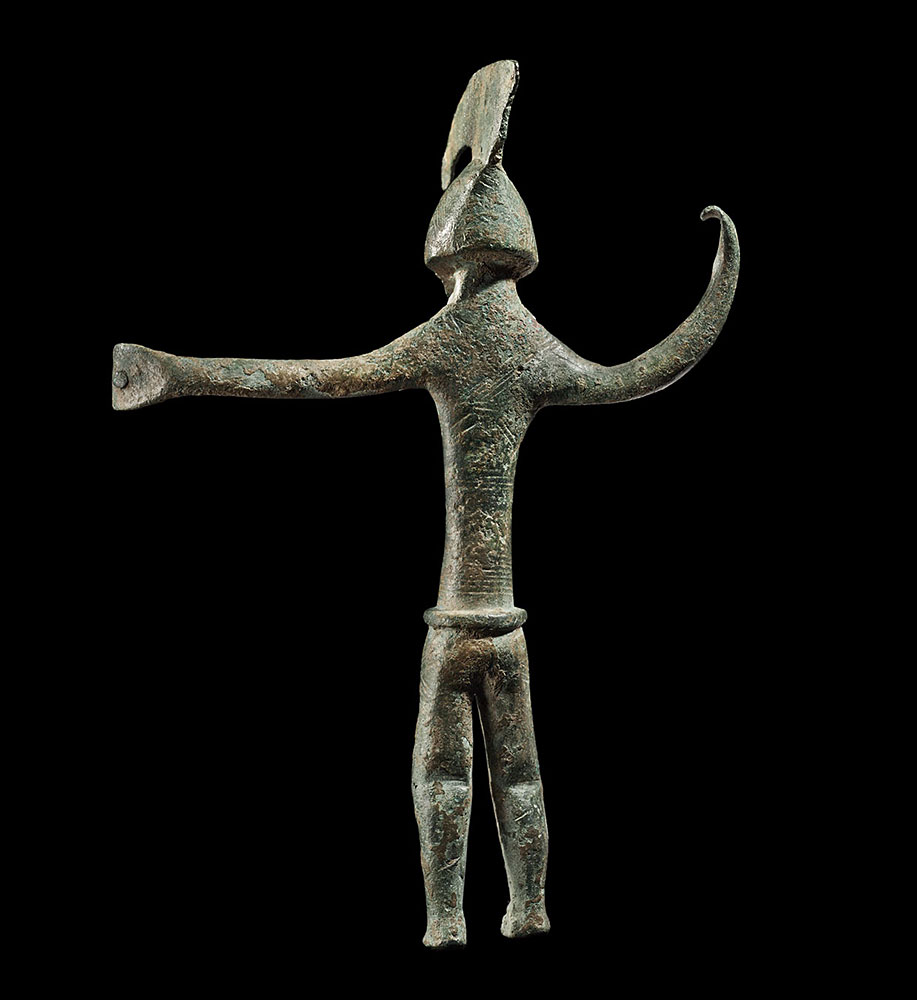 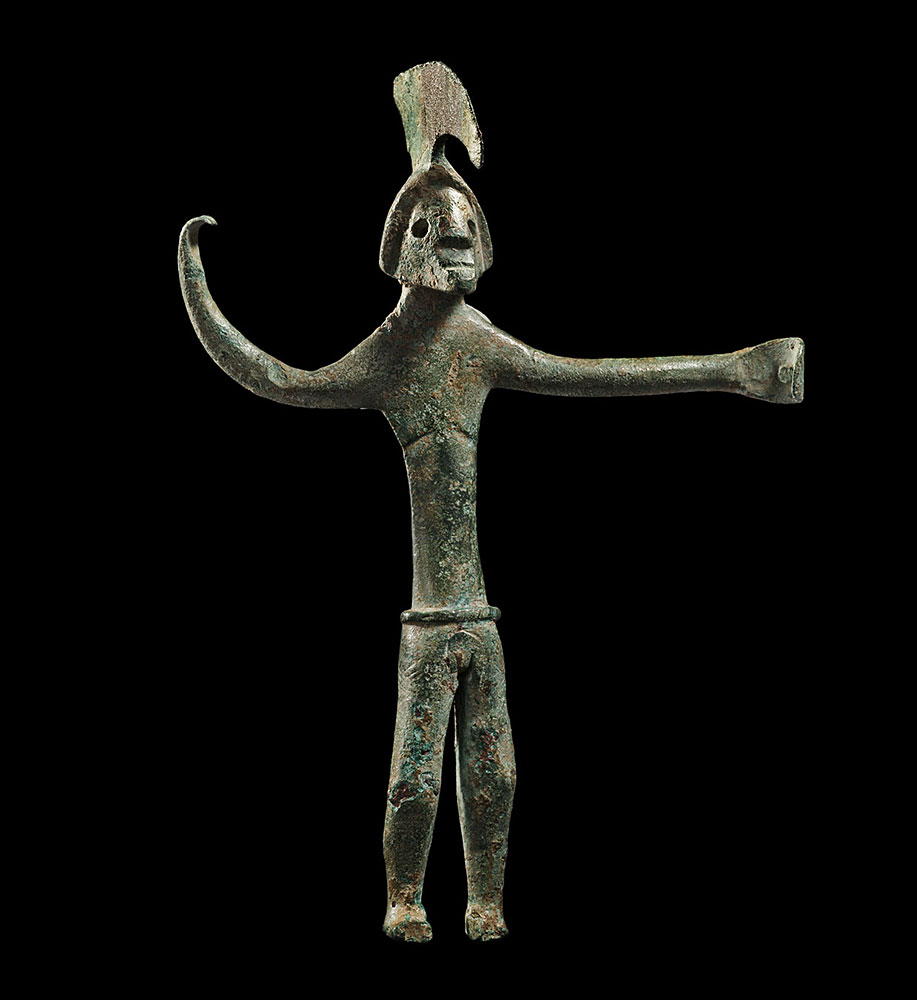 This charming warrior stands in smiting pose. He would have held separately-made objects in each curved hand: the raised right would have grasped a spear and the forward-thrusting left a shield. His helmet has a tall crest, the back corner now missing. (The crests of actual bronze helmets were made of horsehair.) His only other rendered bit of costume is his simple belt.

Many martial figures were created in solid bronze by Greek artists during the Geometric Period, so-called due to the style of pottery decoration of that era. Necessarily, these figures were small. Whereas most are nearly stick-figures, this one exhibits a greater degree of physical definition, with his pectoral muscles as oblique ridges and knee joints depicted in his flexed legs. Still, the image is spare with slim torso and limbs, simple punctations for eyes, a horizontal slash of a mouth, and a broad flat nose.