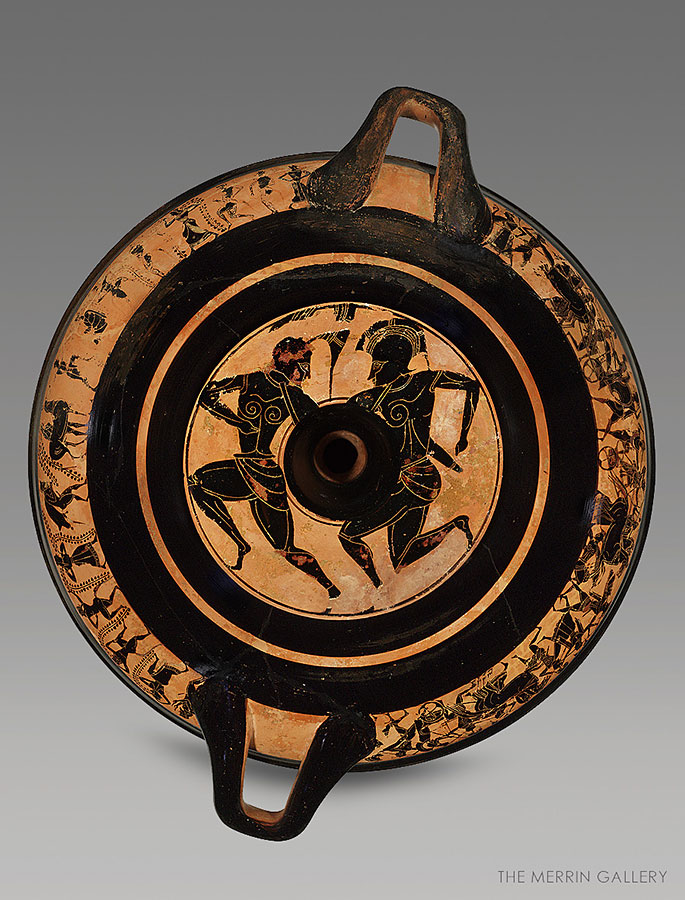 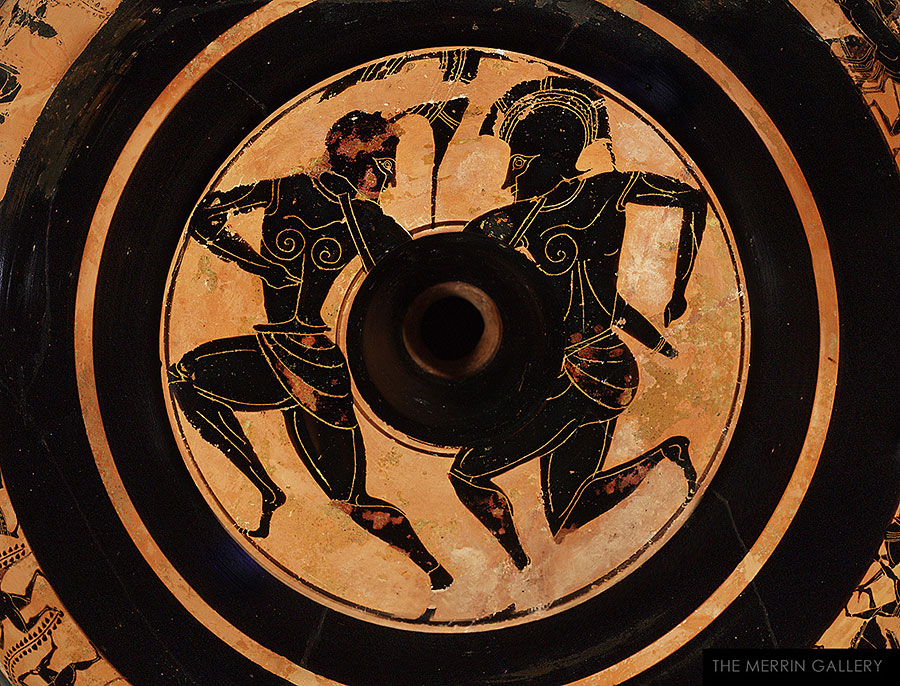 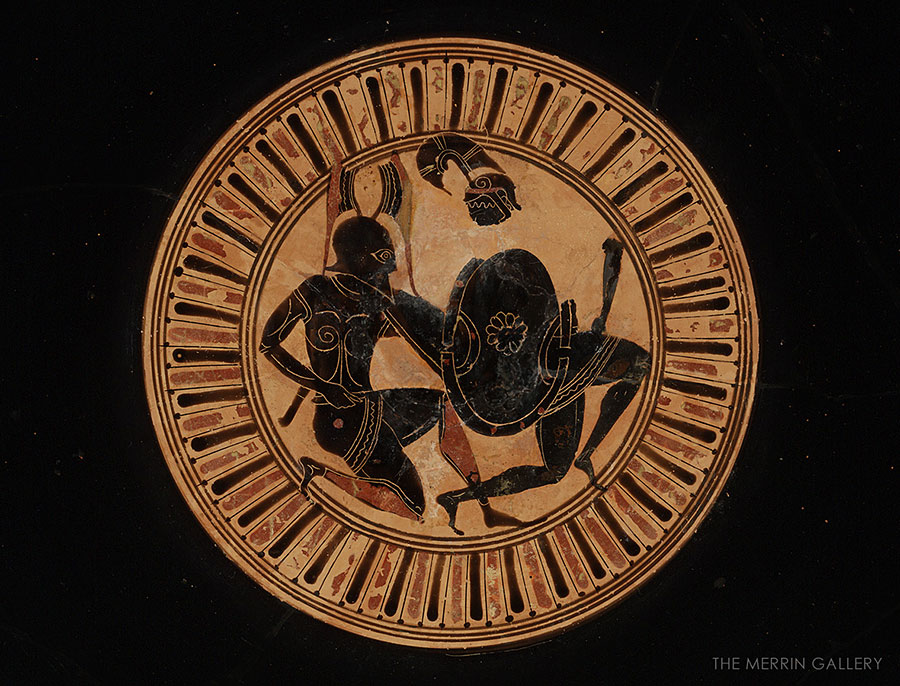 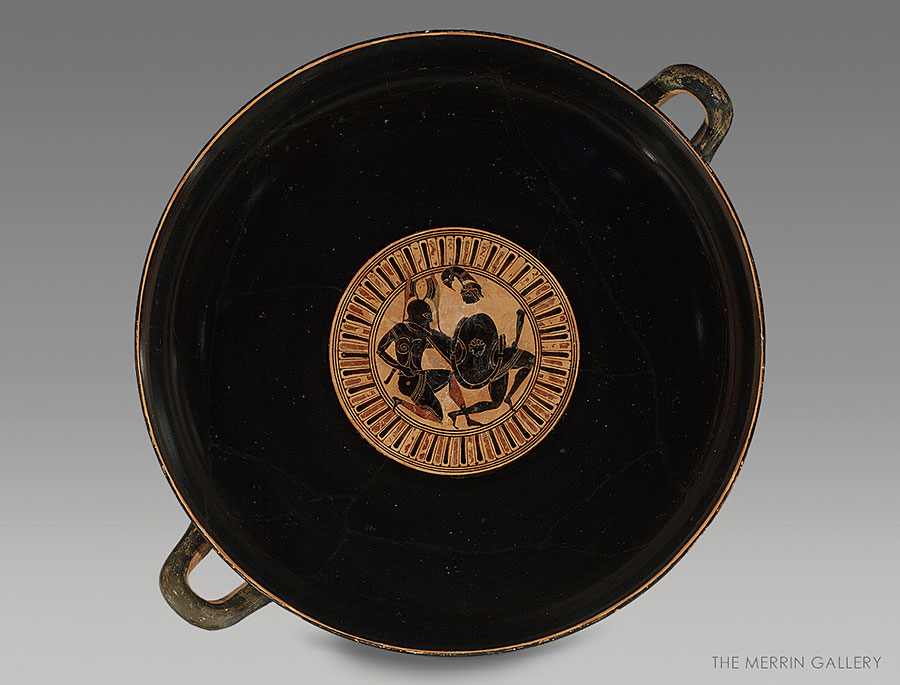 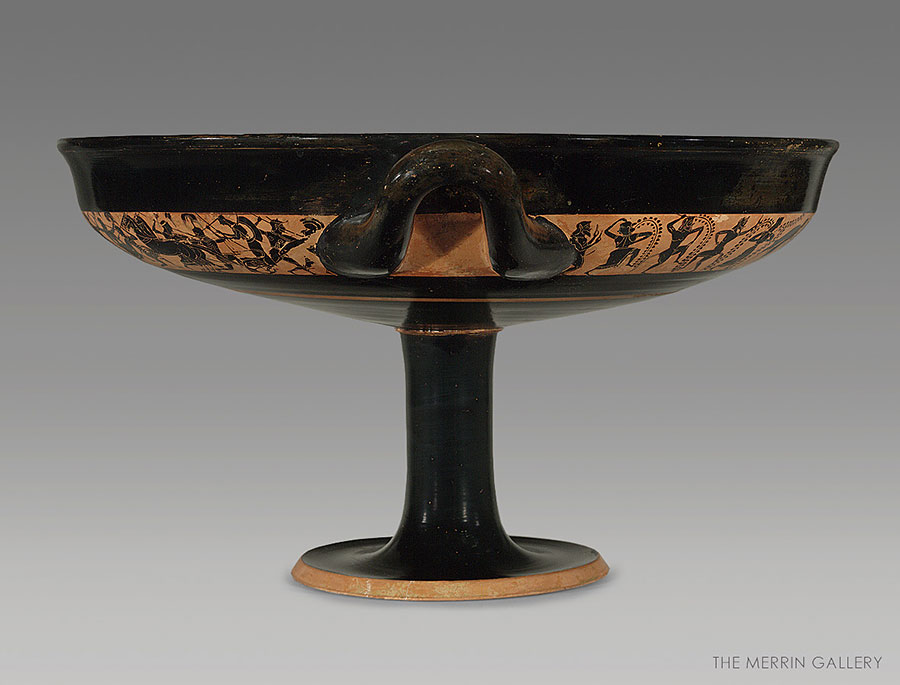 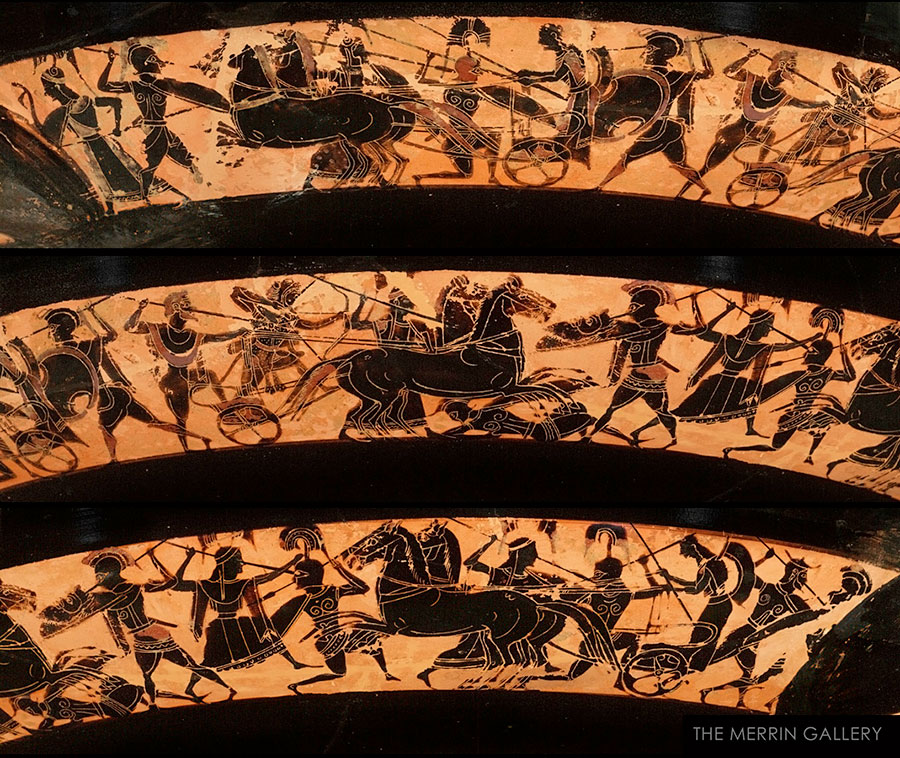 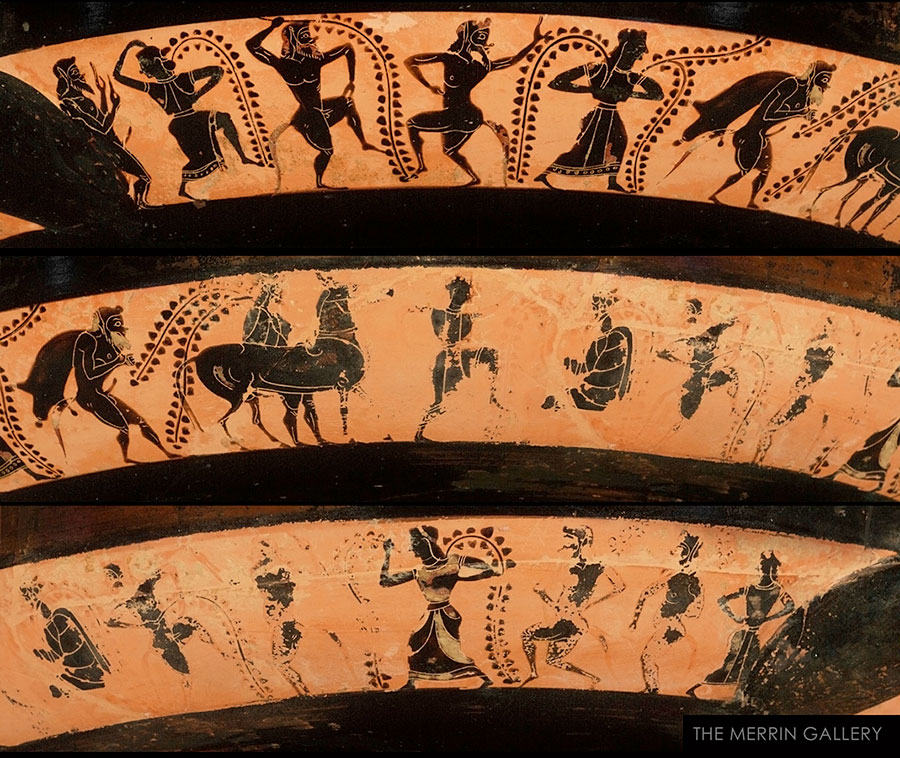 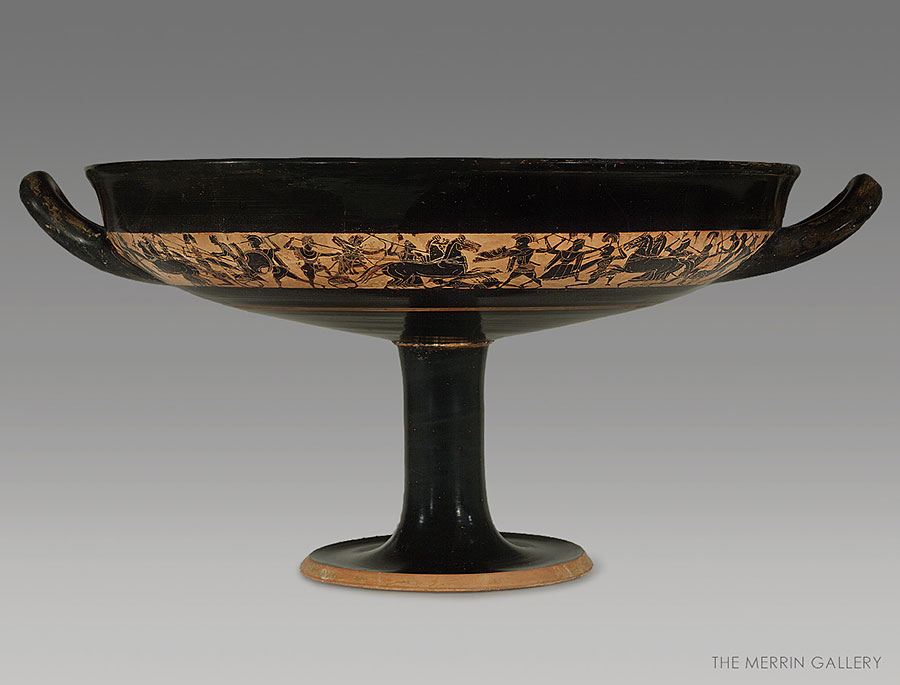 This colossal band cup, a type of kylix (wine cup) so-called because of the decorations on the exterior arranged within a band, is one of only fifteen of the type known (by various painters). According to Beazley, the style of this vase relates to that of the Lysippides (or Lysippedes) Painter. He was an artist whose work is bilingual, that is he worked in both black-figure and red-figure techniques. Aside from its size and its preservation with most of the decoration extant, it is remarkable because it is painted not only on the interior tondo and exterior bands, but also on the underside of the foot.

The interior tondo is decorated with a hoplite and an Amazon engaged in battle, each in full armor. The figures are posed kneeling, to fit within the circular confines of the field. A tongue pattern surrounds the tondo. The two exterior painted bands are discontinuous, separated by the handles, and distinctive in subject matter. One depicts a Gigantomachy: a battle between the race of Giants and the Olympian gods. Here, Herakles, Zeus, and Athena engage in the conflict with their nemeses. The other band depicts Dionysos seated with satyrs and maenads. The resting surface of the foot depicts two additional fighting warriors. The artist has cleverly utilized the round space formed by the hollow stem of the cup to represent the circular shield of the warrior on the right. This last scene would have been visible only when the cup was lifted and titled, as when drinking from it. Surely, when filled with liquid, this cup would have been quite cumbersome. Nevertheless, the artist expended the effort to paint this area even though it may have remained hidden from view for the most part.

The cup was recomposed from fragments and necessarily there is some in-painting. 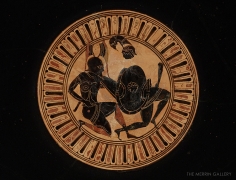 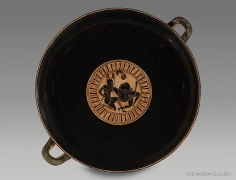 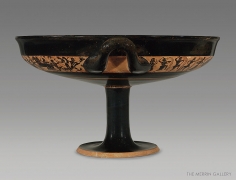 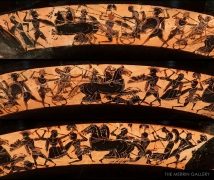 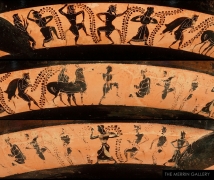 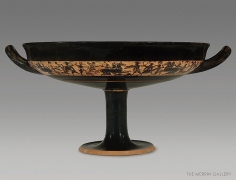