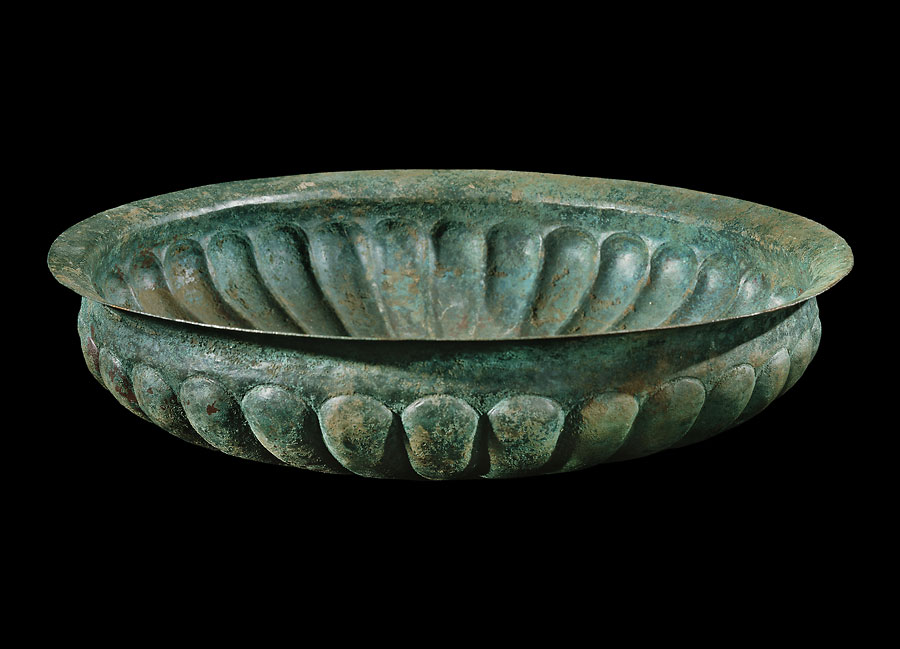 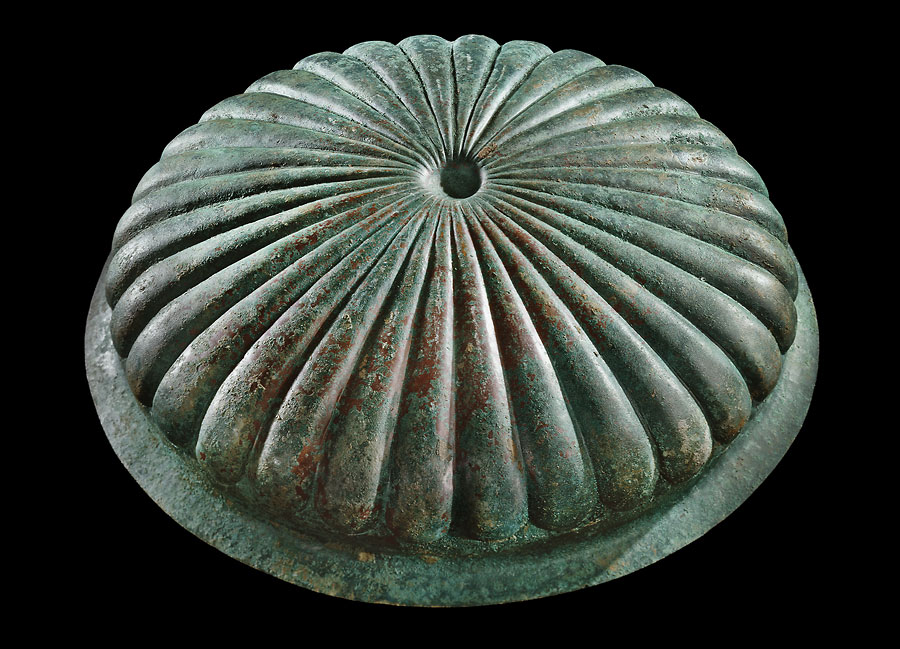 The Achaemenid Empire, known also as the First Persian Empire, was a legendary force in ancient history. It has distinguished itself from the time of Cyrus the Great’s conquests in 550 BCE to its famous clashes with the Greek civilization in the 5th century BCE not only in its wars and politics, but also in the great legacy it left behind in the form of art, architecture, mathematics, and religion. Despite the tempestuous relations between these powerful nations, the people trading, looting, and immigrating between them influenced the styles of each other’s textiles, ceramics, and metalwork, including the phiale. The phiale is a shallow bowl used to offer libation to the gods; precious liquids such as wine, oil, milk, or honey were poured onto the altar accompanied by prayer, and the remnants drunk by the patron.

While phialae have been made of numerous materials including glass and ceramic, those created from metal are arguably among the most beauteous. Chased zoomorphic motifs have found their place in both Achaemenid and Greek phialae, however “[t]he most long-lived contribution of Achaemenid toreutic to the Greek repertoire was the use of fluting, grooving, and petal-grooving as surface decorations (PLATE IX; Athens, Agora Excavations, Inv. No. P18288 [left] and P 10980); they had hitherto been largely unknown in the archaic Greek tradition and became a permanent, if not a universal, component.” (Miller, 2002) The self-same petal-grooving is a prominent decorative feature in the phiale seen here.

This particular phiale is impressive for its unusually large size and workmanship. Perhaps it was commissioned by a wealthy individual. The way in which the metal is pushed up from the bottom of the bowl to form a knob on the center inside makes this a type of phiale known as a mesomphalic phiale, a characteristic that allowed the phiale to be held more easily in one hand. This one, however, is too weighty for that and would have required a person to give libation carefully and with both hands. Likely hammered from a single sheet of metal, the phiale has 32 petals chased into the bronze surface, symmetric and elegant. The grooving is not just engraved into the surface of the bottom of the phiale; it is fully chased into the metal and flows inward towards the center knob of metal that comes up into the inside of the bowl, tying together the decoration of the inner and outer surfaces and giving the appearance of the flow of metal despite the solid and static nature of the material.