COMPOSITE STATUETTE OF A CROUCHING IBIS 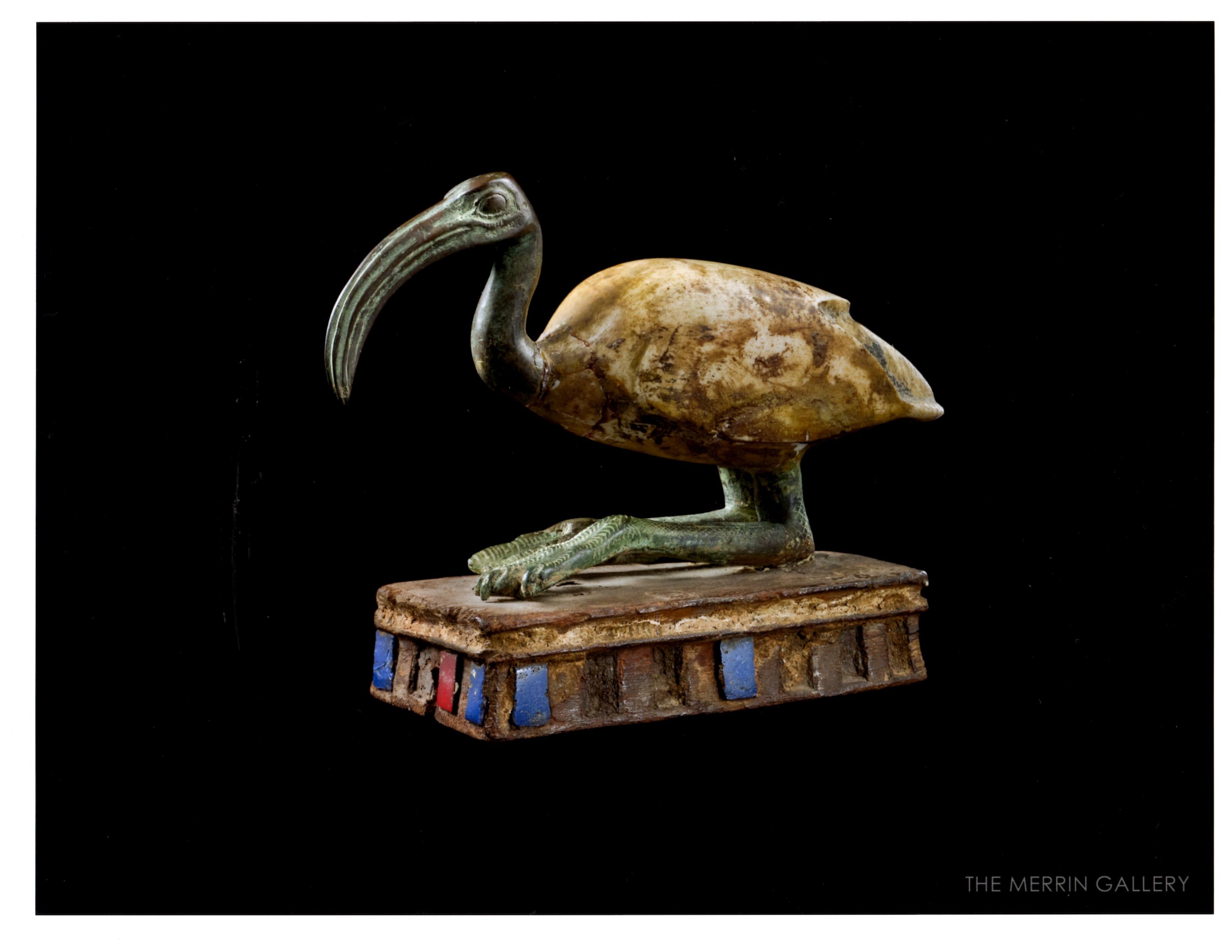 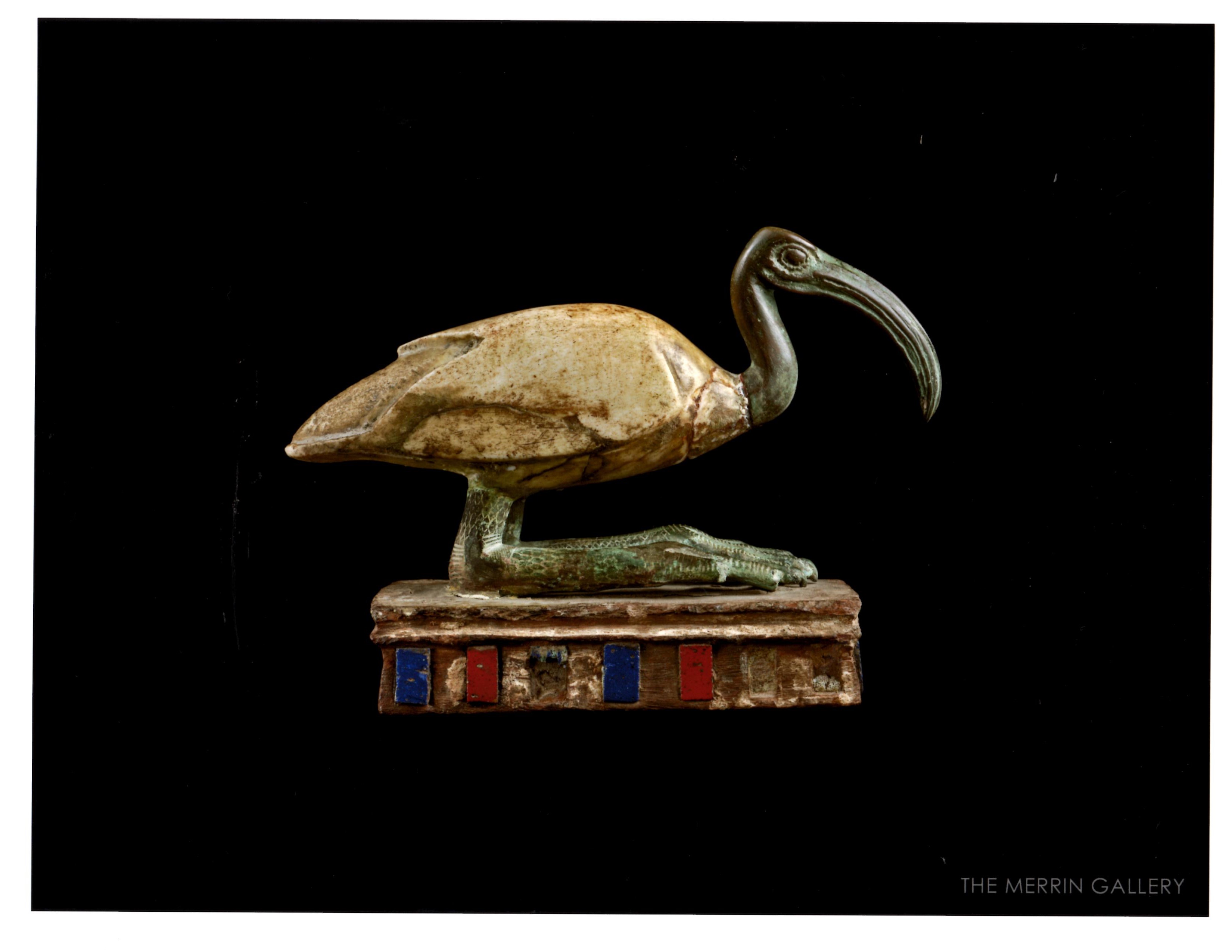 Thoth, the god of writers and wisdom, is represented in the form of an ibis. The composite statuette consists of several components which are made from different materials. The body of the ibis is made of alabaster, whilst the head, beak and neck as well as the legs are cast in bronze. The tail feathers were probably originally inlaid with bronze. The head and beak, and especially the scaly legs, the skin creases at the joints and toes, and even the claws, are rendered very naturalistically. The ibis crouches on its original wooden plinth with a hollow groove above red and blue glass inlays, which imitates a palace front. Traces of stucco and dowel holes on the underside. Several breaks in the ibis’ body at the transition to the neck have been restored. Claws and parts of the toes of the right foot are missing.