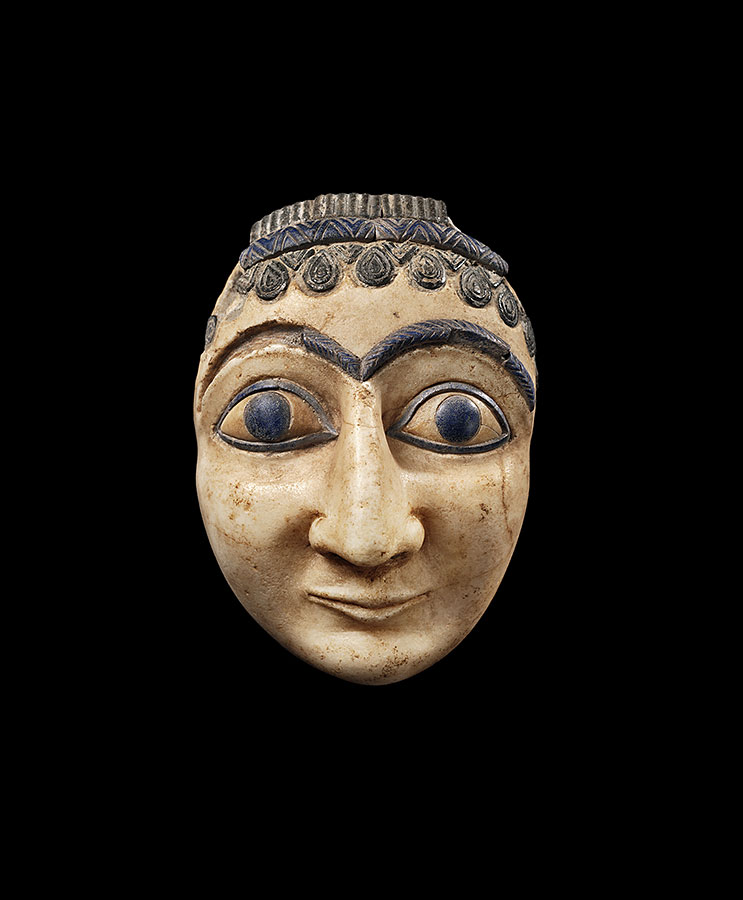 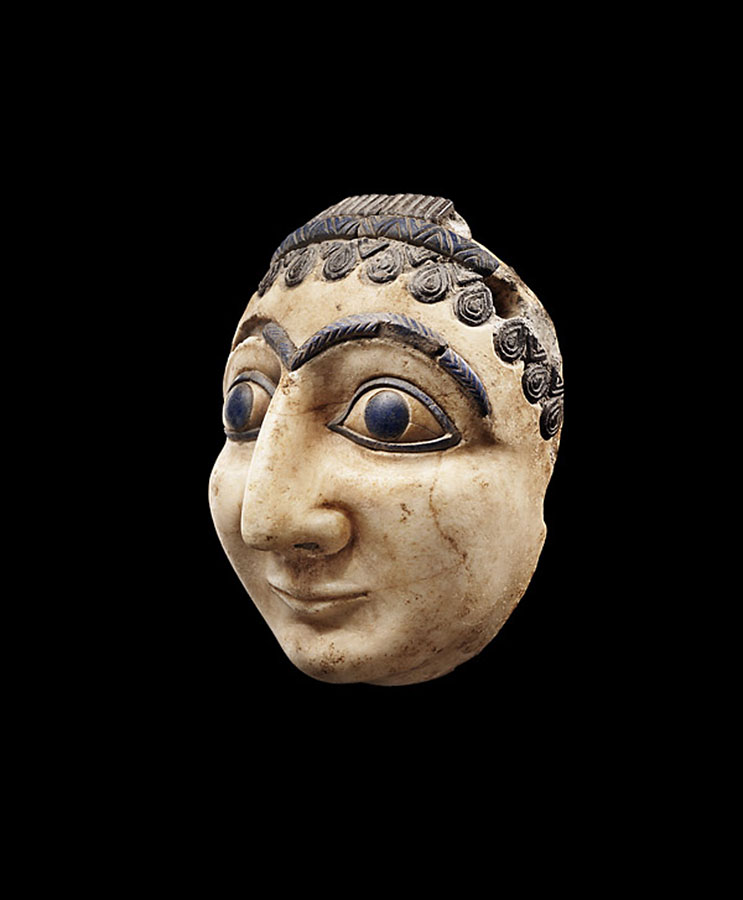 COMPOSITE HEAD OF A WORSHIPER OR DEITY (SOLD)

Beginning in the mid 4th millennium BC, Sumerian artists created sculpture of anthropomorphic images. Whether they represent mortals or deities is not known. The images are highly conventionalized. That is, they do not attempt to represent visages of actual human beings. Thus, as here, the eyes are oversized and made all the more prominent by their polychromatic definition with white eyeballs set with brilliant lapis lazuli pupils and surrounded by lapis lazuli rims. Joined double-arched inlaid, striated eyebrows and inlaid striated stone hair, here with delicate petaloid bangs and a chevron-patterned diadem, add to this, deluxe polychromatic sculpture. The classification of “composite” is based on the various elements that comprise the head. Images of males are usually bearded, so this visage may represent a female.

Extant, full figures kneel or stand with hands clasped across their chests in attitudes of devotion suggesting that these represent worshippers. Yet during the Sumerian period, it was the king who was the foremost worshipper and intercessor of the gods. The temples of Sumer were attended by priests but had highly restricted access. The “public” was not permitted within their sacred walls. In order to express piety and to obtain favor from the gods, wealthy individuals commissioned figurines, meant to represent themselves, to be placed within the sanctuary, where it was believed the gods actually dwelled. However, no such statues were found in situ. Rather, they were found in caches underneath the temples’ floors or in other contexts.