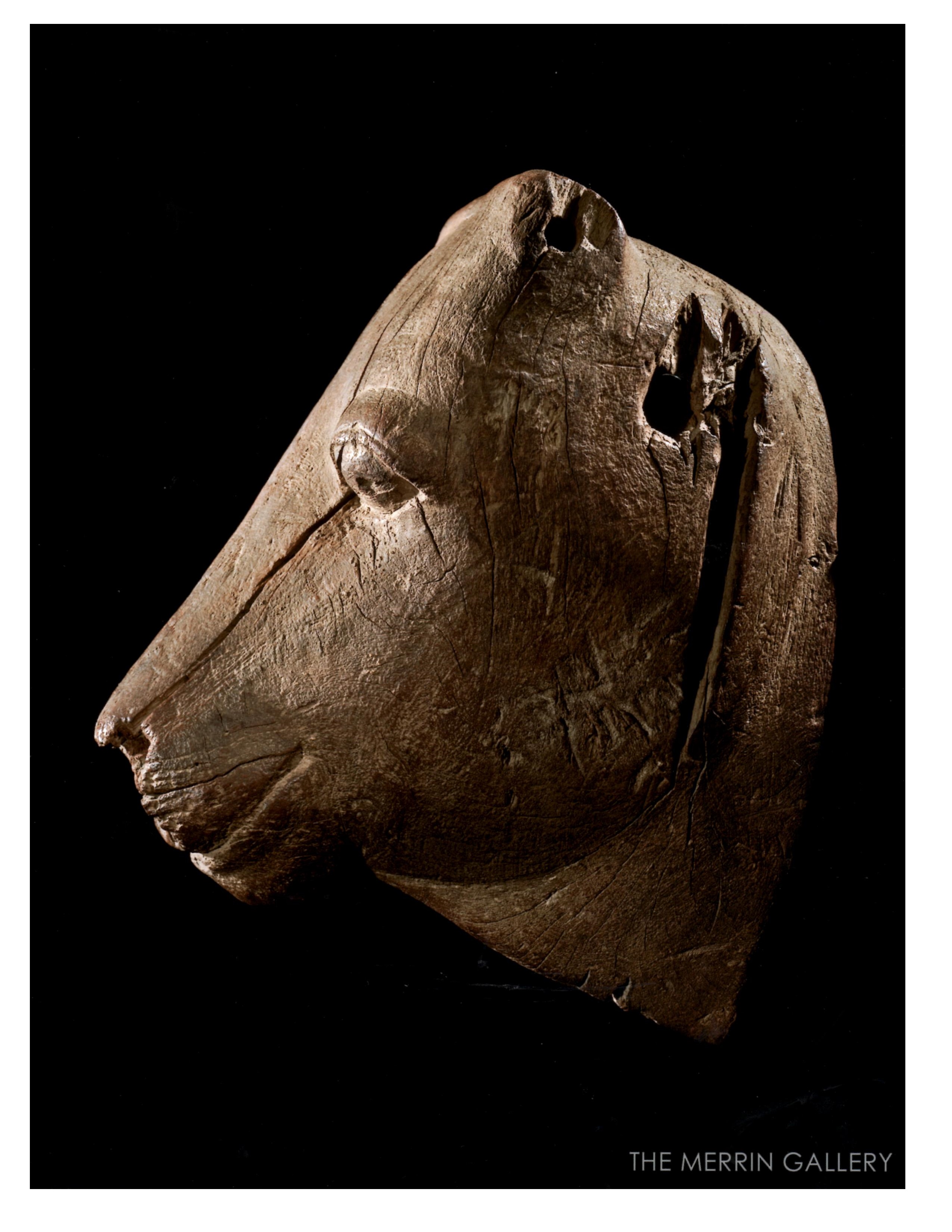 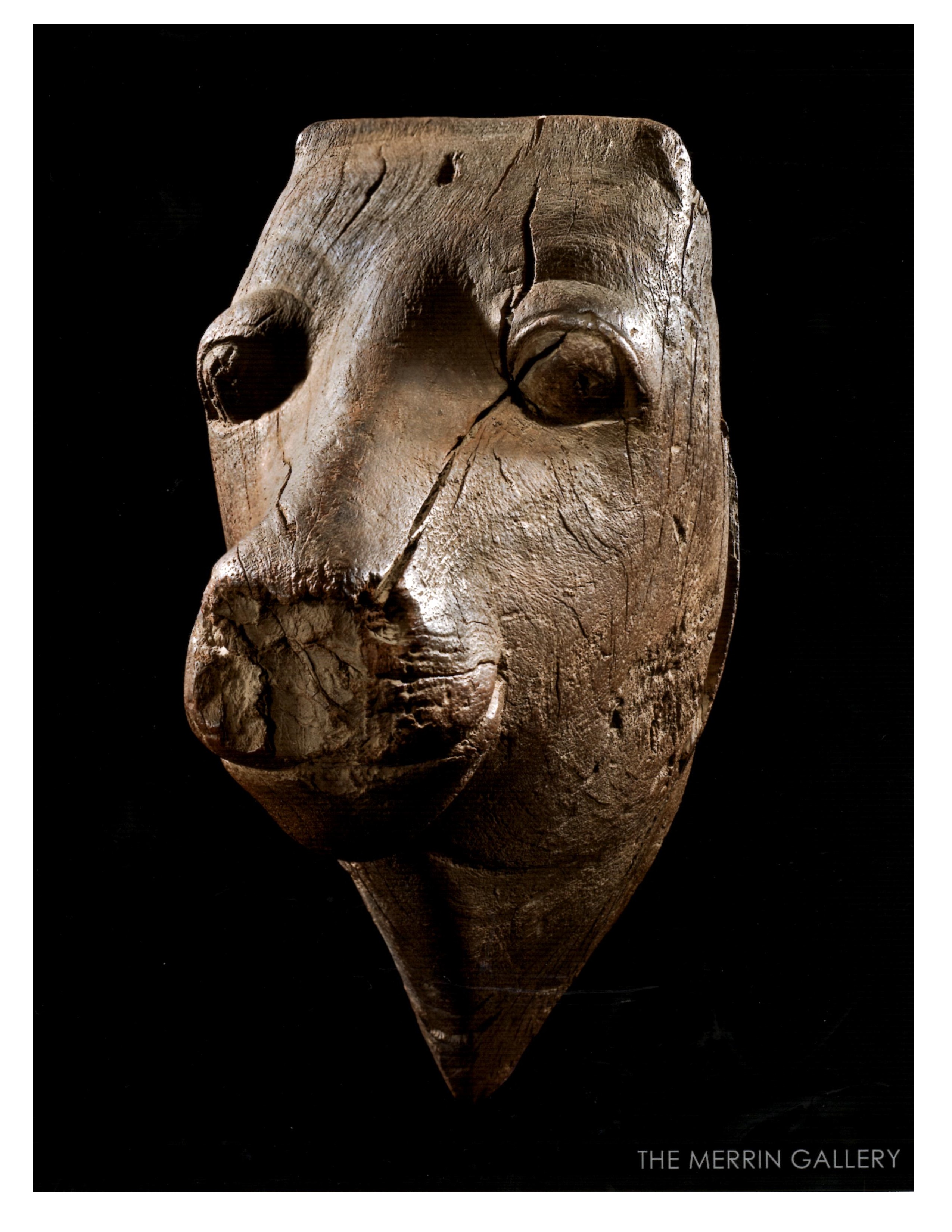 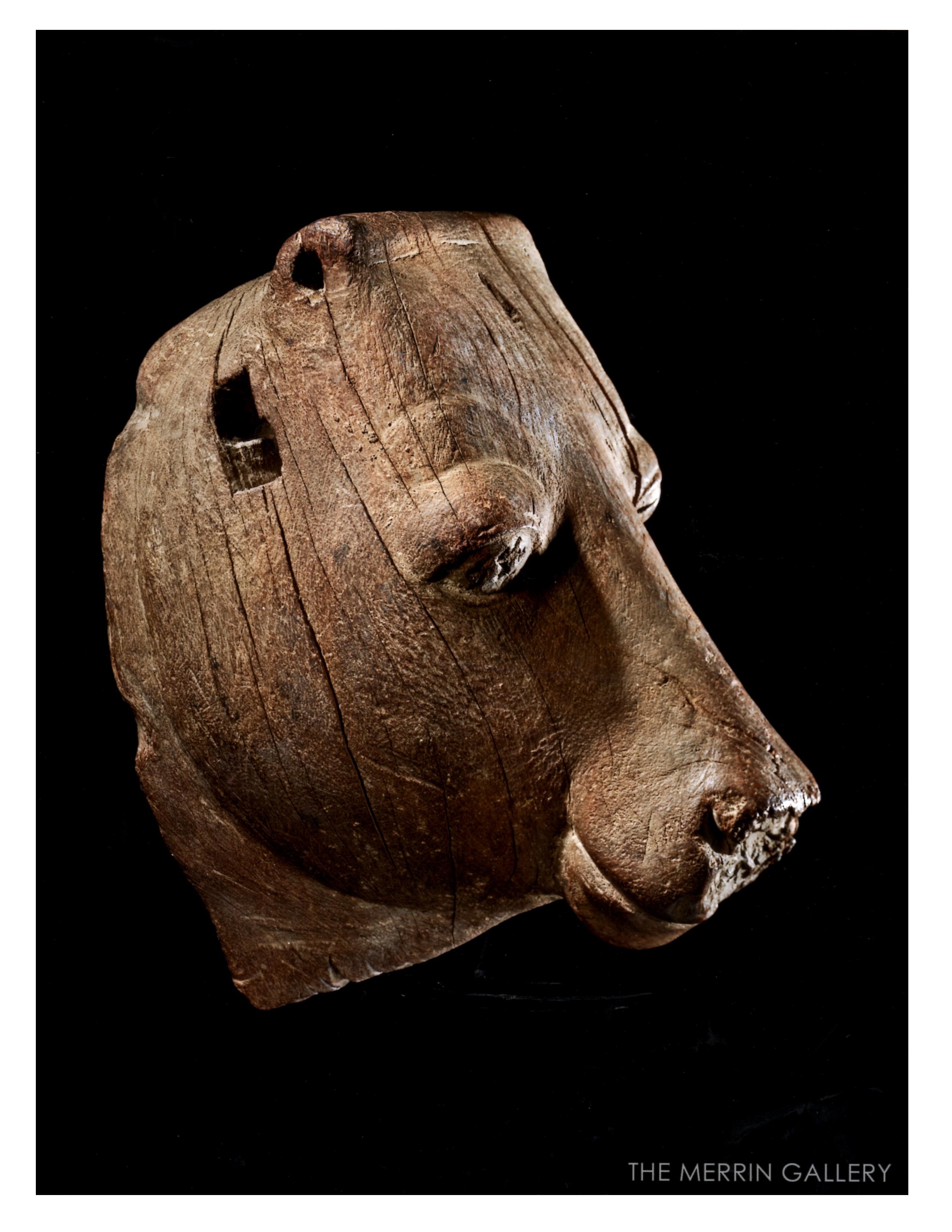 Egypt, Late Period (664 – 332 BCE)
Wood
Height: 11 inches (28 cm)
Width: 10 inches (25.5 cm)
Depth: 6 inches (15 cm)
Provenance: New York private collection mid to late 1970s; Merrin Gallery, Inc. 2015
The Ancient Egyptians worshipped many gods for their powers over the world, as well as the animals that represented particular characteristics of those gods. Considered a living god and the reincarnation of Horus on Earth the pharaoh, too, had aspects that were worshipped in physical form. As far back as pre-dynastic Egypt, the bull god Apis was revered as a living manifestation of the pharaoh’s strength and virility.

Priests searching for the sacred Apis calf identified it by particular characteristics: the black calf would have a white diamond on its forehead, twice the number of hairs in its tail, and the marks of an eagle’s wings upon its back. Beneath the calf’s tongue would be the mark of the scarab, and its mother, the “Isis cow”, would be similarly revered, but never again give birth to another calf. Once such a calf was found, a celebration was held for the birth of the living god, and it was transported to a shrine where it lived the rest of its days having its movements interpreted by priests in response to questions posed by worshippers. It received the finest cows for its harem. Just as its life had been celebrated, the death of Apis was mourned by the priests and the public, with mummification and ceremony. At several points in Egypt’s history, a tomb was constructed solely for the internment of Apis bulls.

With such reverence given to these bulls it is no surprise that they would carve its likeness into hardwood, a material that had to be imported from Lebanon. This wooden bull’s head was carved with attention and care, the more delicate ears and horns would have been prepared and attached separately at the spaces left for them at the sides of the head.