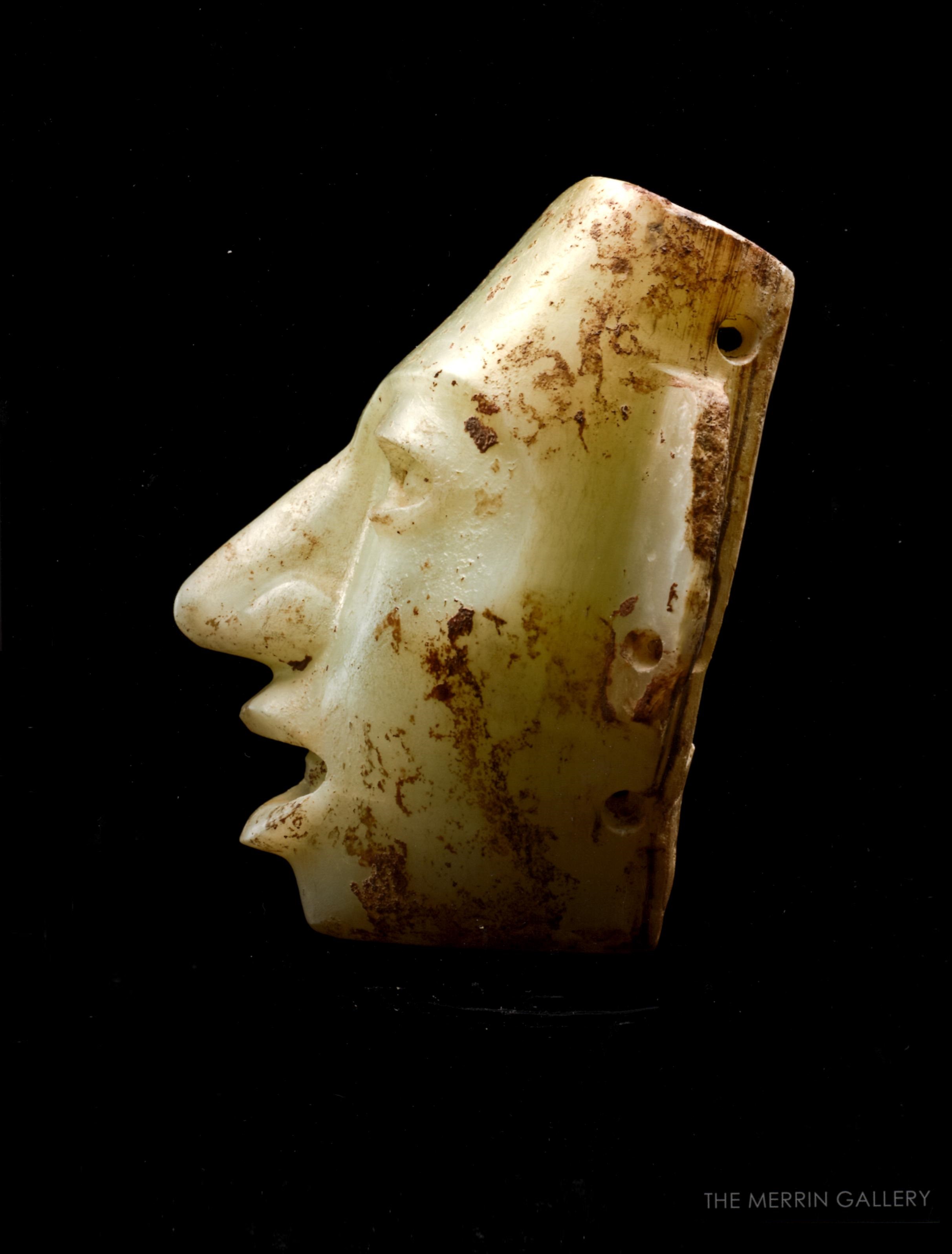 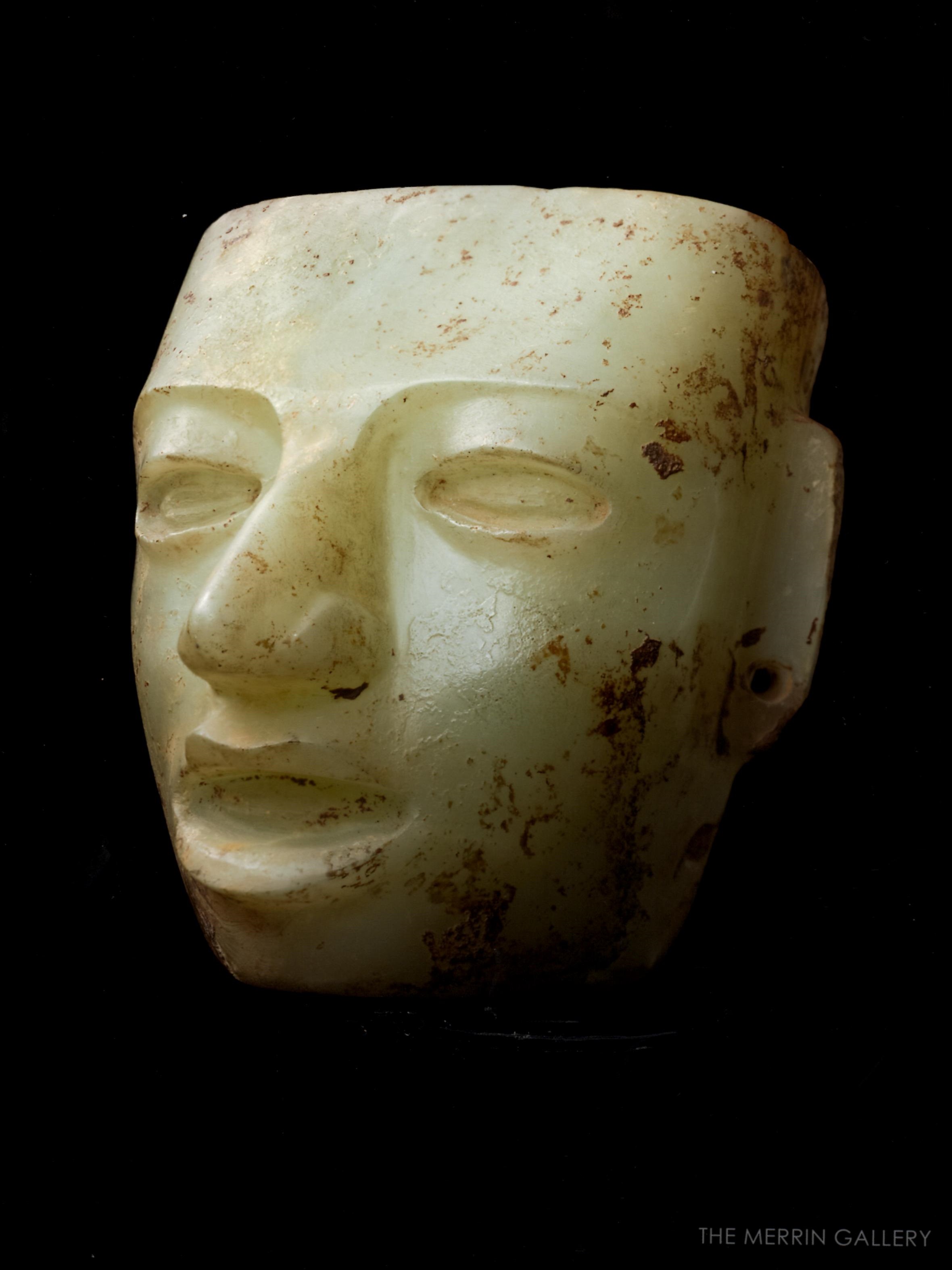 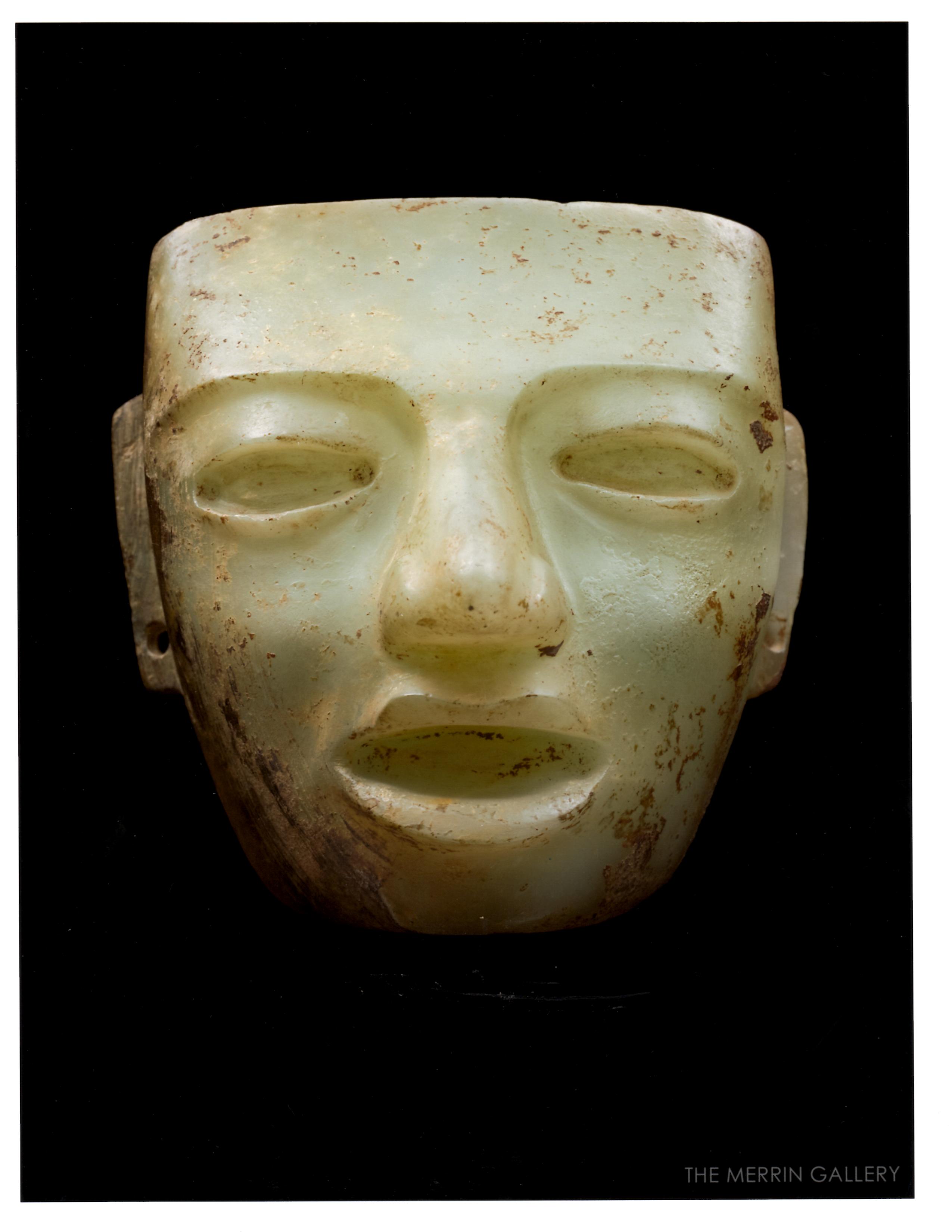 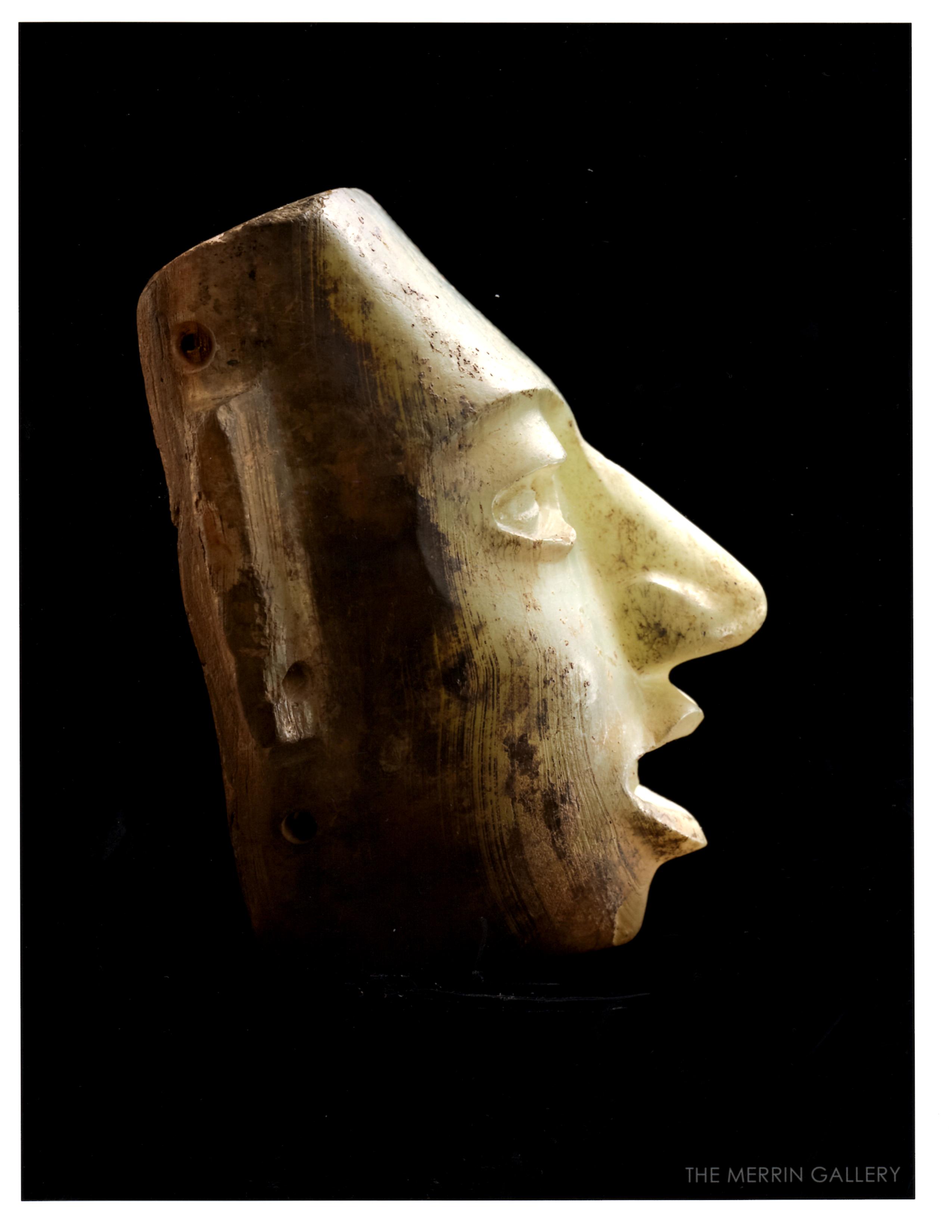 When the Aztec discovered the ruins of a large city of pyramids in Central Mexico, the civilization that had erected it had been extinct for hundreds of years.  They were awestruck by the grandeur of the site and assumed that it had been built by the gods, so they called it “Teotihuacan”, the City of the Gods, in their language. At its height, ca. 600 AD, Teotihuacan is estimated to have been the sixth largest city in the world, and had widespread influence, both economic and cultural, throughout Mesoamerica.

The archetypal art form of Teotihuacan is the life-size stone mask.  Indeed, their carvers produced more stone masks than any other culture, judging by the number that survive.  Though they range in size and material, the masks are generally fairly consistent in form: somewhat trapezoidal with straight foreheads, long oval eyes that were excised to receive inlays of contrasting material that would have produced a striking, vivacious effect, semi-pyramidal noses with slightly flared nostrils, sensuous lips that part to reveal broad open mouths which may also have been inlaid, and slim ear flanges, the lobes pierced for ear ornaments. The backs are hollowed out and the edge, thus formed, was drilled for attachment.  All of these characteristics are present in this superb mask, carved of translucent, cream-colored tecali, a Mexican calcite. The relative softness of the stone allowed weathering of the surface, seen on the high cheeks and the chin.

Lacking cutouts for eyes and being quite heavy, the masks were not intended to be worn.  They may have been funerary, but none have been discovered in that context.  In fact, the three masks that were found in excavations at Teotihuacan were in administrative buildings or temples, not tombs. It may be that the masks were attached to wooden figures which, due to their perishable nature, did not survive, and were used in rituals.