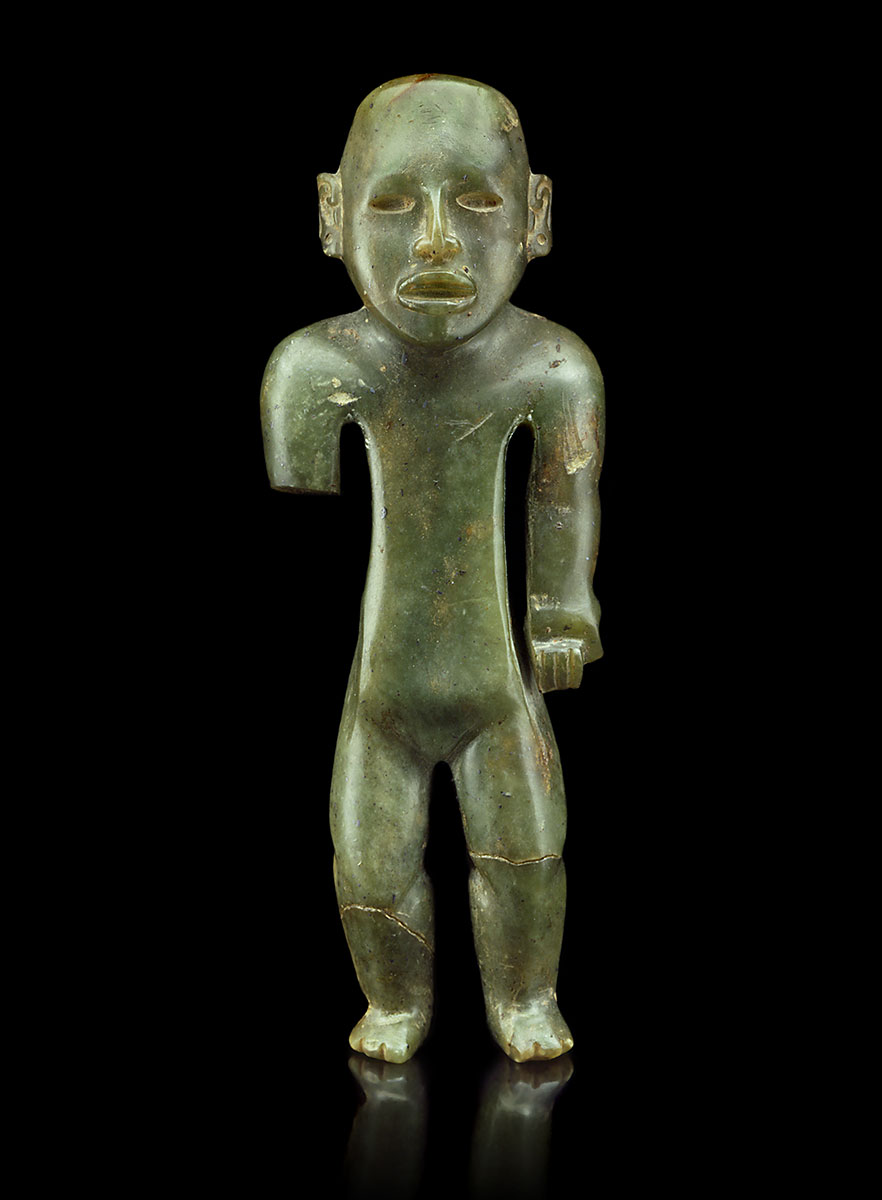 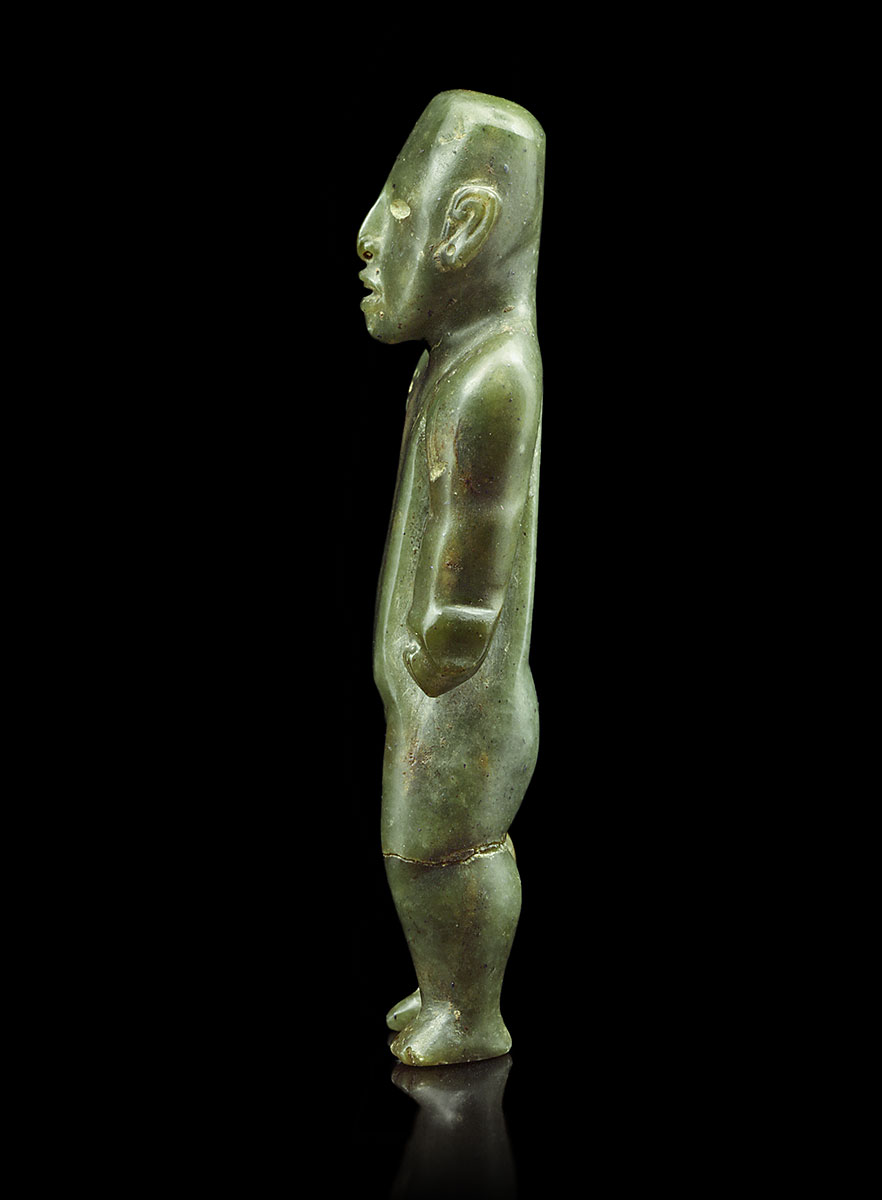 The great civilization of Teotihuacan arose many hundreds of years after the height of the Olmec, during the Classic Period. Their capital was located in the Central Mexican Highlands, near the epicenter of Olmec ceramic figurine production, during the Preclassic period. Teotihuacan, too, produced stone figurines and life-size stone masks. They also favored green stones. In these striking ways, they were much like their forebears.

Archetypal Teotihuacan stone figures are generally proportionally wider, blockier, and flatter with heavier-bodied physiques, their details fashioned mostly by grooves and planes. The heads are quite large, generally accounting for one-third or more of the total height. This figure is quite different from the Teotihuacan norm and, therefore, may be considered a transitional type that bridged the end of the Olmec florescence and the beginning of the Teotihuacan one, just at the beginning of their development. When an object displays features associated with Olmec art style, yet is not of that provenance, it is called “Olmecoid”. (A standing figure in the collection of the Museo Archeológico de Teotihuacan is described as Olmecoid due to its facial features. That one dates to 550 AD. See Berrin, no. 15.) Our figure, like Olmec examples, is broad-shouldered, slump-legged, and slender, with a slim torso, symmetrical stance, and a large mask-like head that rises directly from the shoulders. The head is closer to one-fourth or one-fifth of the total height. Both the top and the back of the head are fairly flat and the neck is quite thick, i.e., not indented at all at the back, for structural strength. The armpits are deeply cut, freeing the arms from the torso. The slight tapering at the sides of the forehead is an Olmecoid feature, as the majority of Teotihuacan figures’ heads are straight or flare outwards. The fact that the break where the proper right forearm is missing is sharp suggests that it broke in antiquity and was “cleaned up” rather than left jagged, an indicator of its preciousness. The beautiful green jade, of which it is carved, is another indicator of its high value.

Although stylized, this figure has a greater degree of naturalism than most stone figures from Teotihuacan. A good comparison that shares its elegant proportions is a large, fragmentary standing male figure in the collection of the Museo Nacional de Antropología in Mexico City, thought to be from the earliest phase of the city, despite it having been found in a room of later construction. Dated to 150-250 AD, this may have been an important heirloom, preserved for centuries in Teotihuacan (See Berrin no. 13.) Likely, our figure is of similar vintage.
LS