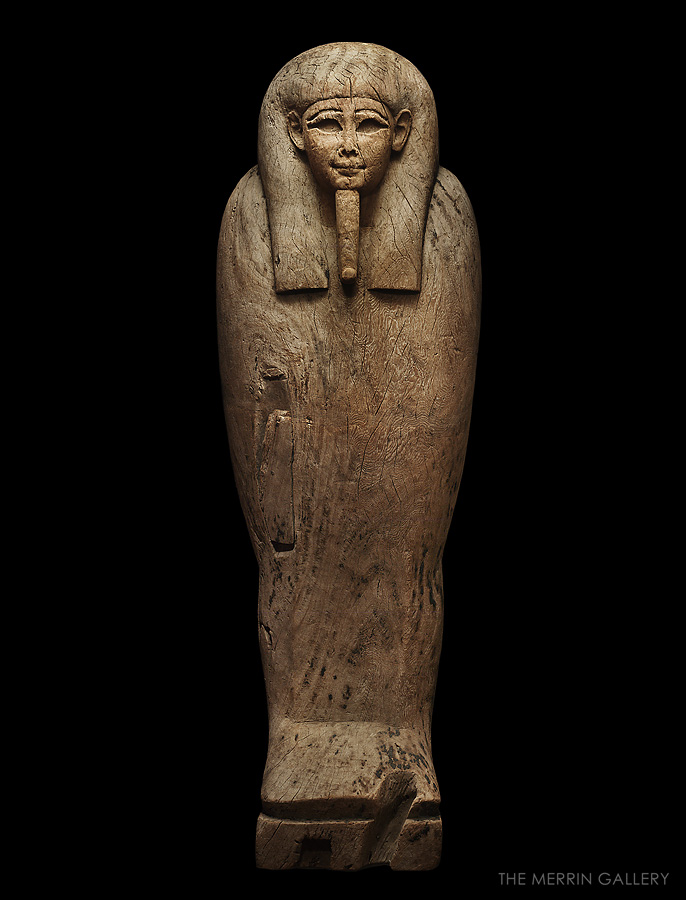 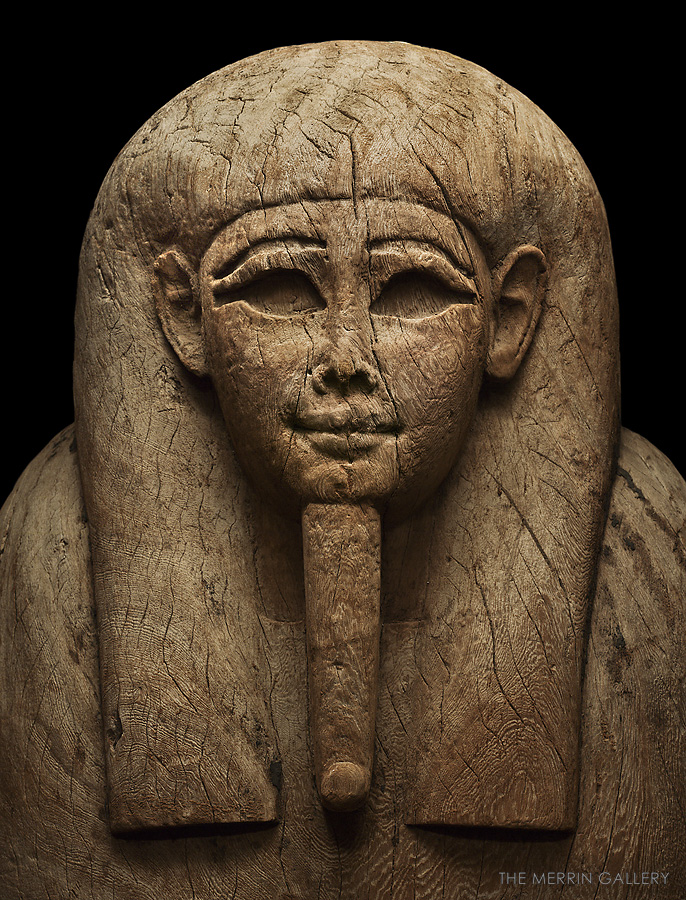 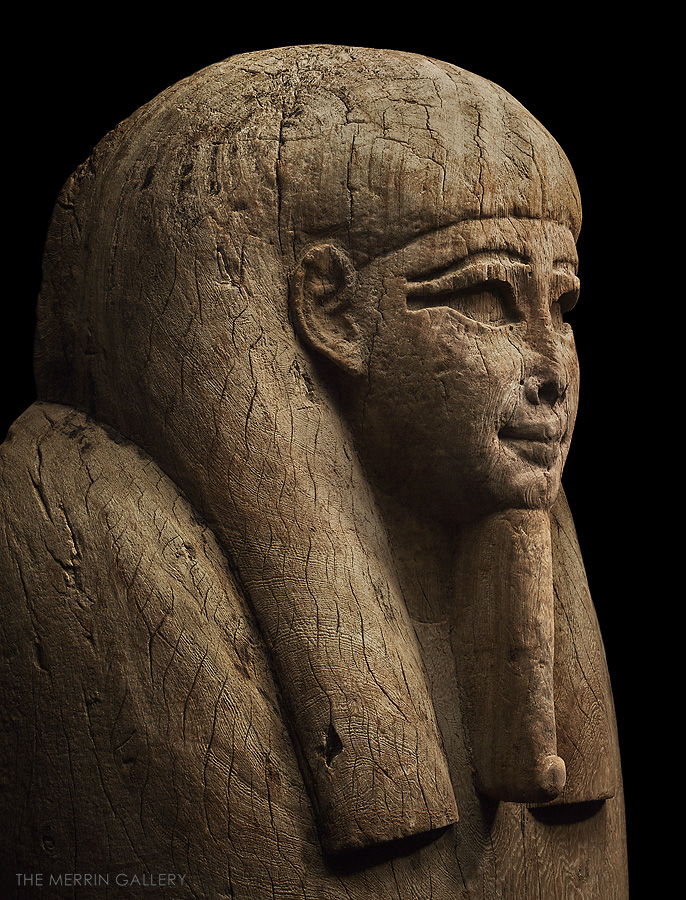 Traces of pigment and bitumen show that this wooden, anthropoid sarcophagus cover was undoubtedly originally painted with myriad religious designs and inscriptions, as was generally the case, and then coated with pitch, emblematic of the Underworld. But now, only its formal qualities may attest to its aura. The figure is shown mummiform, that is, enshrouded by layers of wrappings that show only the general outline of the human body. The head, though, is revealed for eternity, wearing a tripartite wig and the false beard that identifies the deceased with Osiris, the great god of the Underworld. The individual projects serenity mixed, perhaps, with a sense of trepidation about the unknown. His large eyes with extended cosmetic lines and framing eyebrows are carved deeply into the surface. The depressions were originally inlaid with stone and/or glass for a vivid impression. The pursed mouth suggests some uncertainty about the afterlife.

A series of nested anthropoid sarcophagi served as coffins for elite and royal mummies. Often, the innermost sarcophagi were covered with lavish painted scene and inscriptions to testify to the piety of the deceased and to ensure, by way of incantations, his or her place in the afterlife. The wooden cases, in turn, were placed in large stone sarcophagi for eternity.

Dr. Paul Lozé acquired this object during World War I when he served as a physician in the French army. His assignment as director of Allied Forces hospitals on the Balkan Front entailed wide-ranging travel through the Levant and Egypt. A descendant of Dr. Lozé moved the sarcophagus from Dunkirk to Limoges, narrowly averting the object’s destructions during the bombing of Dunkirk during World War II, in June of 1940.