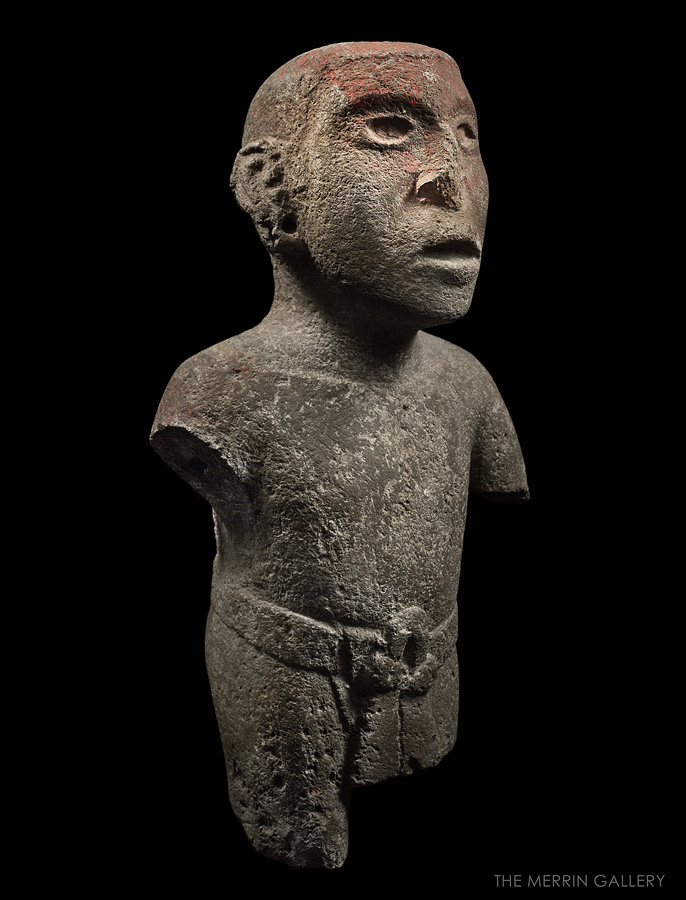 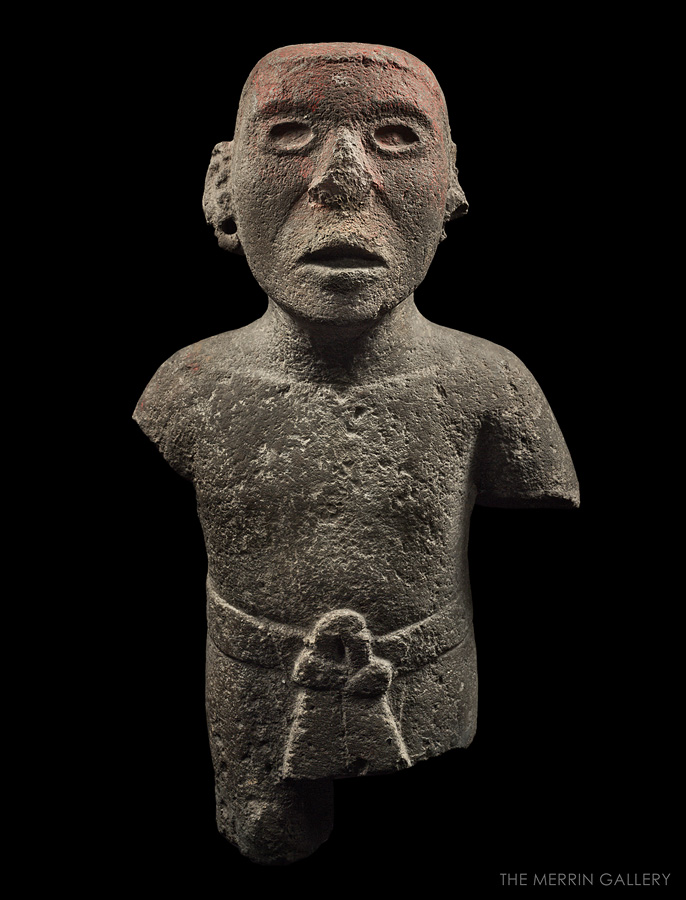 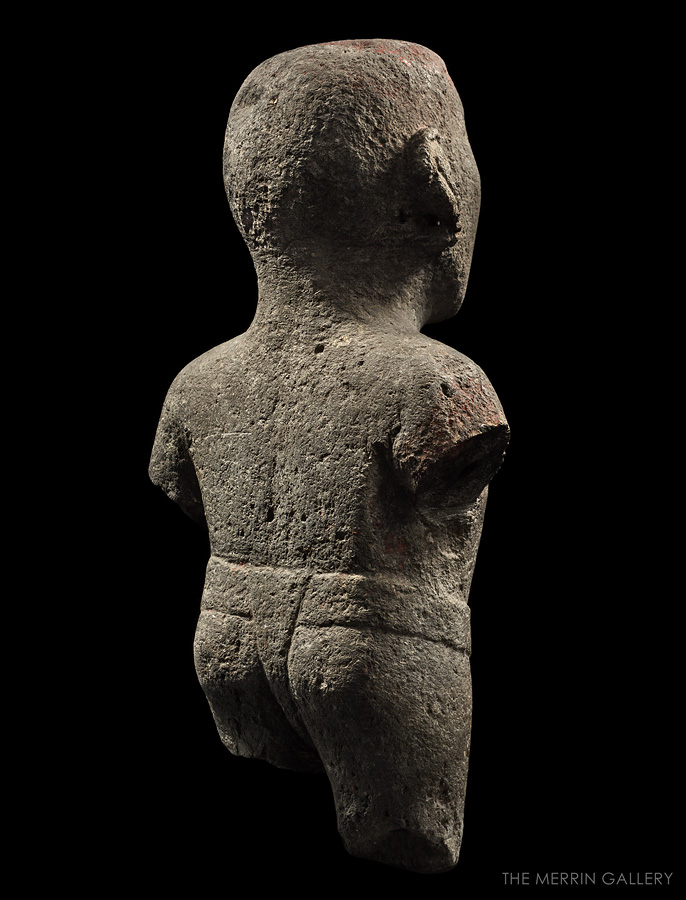 This large standing figure, carved of volcanic stone, depicts a mature man. The head is disproportionately large compared to the body, which is normal for the type, and thought to depict an Aztec standard of beauty. The rimmed eyes may have held colorful inlays of shell or smooth, glistening stone to make the eyes appear lifelike and engage the viewer with their vitality. Pierced earlobes would have been adorned with ornaments.  The hairline is carved without further elaboration of texture.  A shallow relief “v” marks the clavicles, another standard feature of Aztec male figures carved in stone.

The figure, wearing only a loincloth, or maxtlatl, is a type called a macehual, meaning “commoner” , “worthy through penance”, or  “man of the people.”  Farmers, laborers, and other commoners formed the lowest rank of hierarchal Aztec society, yet their hard work was valued for its part in maintaining the empire. Although they were not permitted precious ornaments or deluxe textiles for their personal adornment, they were commemorated by stone effigies. Nevertheless, such statues do not attempt to portray specific individuals, only a class of people. Some of these figures are posed with the left hand forward, forming a ring into which may have been inserted an object that was associated with its employment or role in a ceremony. During rituals, the statues may have been dressed according to their ranks and given standards to hold. Such figures may have stood guard at sanctuaries.