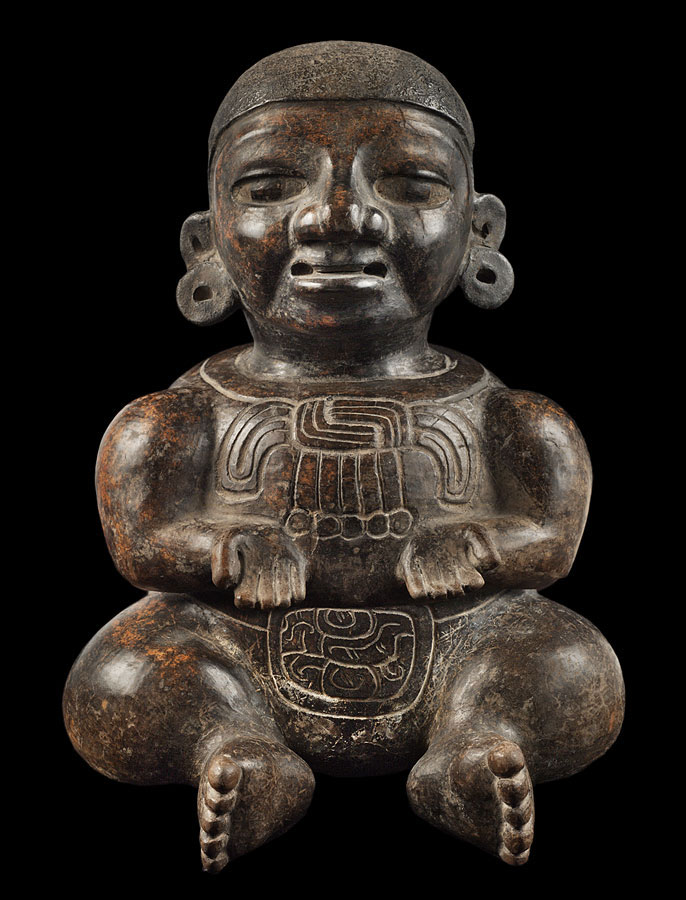 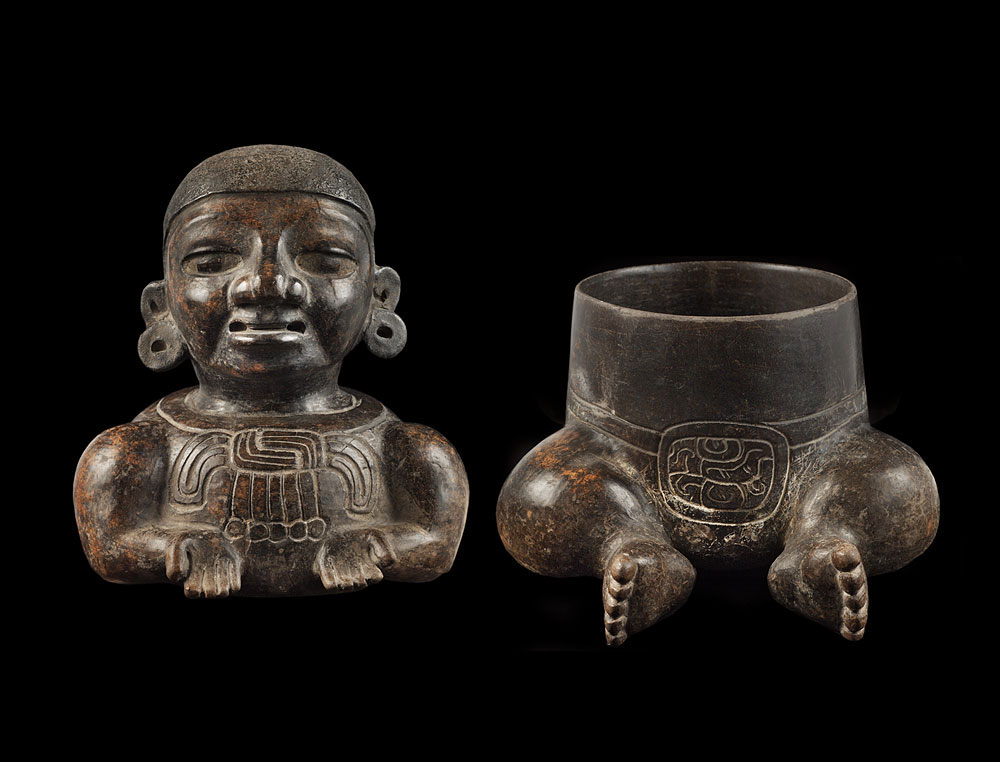 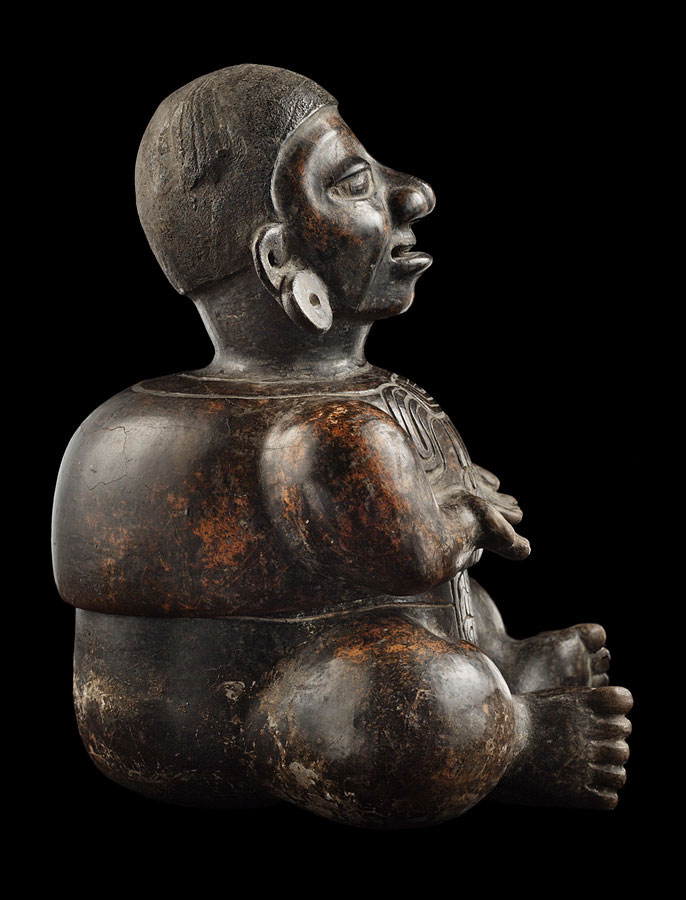 Vessels of burnished blackware (a brown-to-black terracotta) date to the Early Classic period of Maya culture. Lidded bowls and jars (as opposed to cylinder vases) also tend to herald from that era.

Here the two-part vessel is the effigy type, depicting an anthropomorphic figure, its torso and head forming the lid and its lower body forming the container. The male figure sits with legs bent at the knees but splayed outward so as to rest on the ground with the feet nearly touching. The arms are bent at the elbows and held before the chest in hieratic pose associated with early images of Maya kings. The smiling individual wears earspools and additional ornamentation is deeply incised into the surface: his large knotted pendant, which is a symbol of rulership. Is bedecked with jade dangles and his loincloth with its ties hanging down asymmetrically in black has a large, glyphic belt cartouche. The skin is highly burnished and contrasts with the texture of his close-cropped hair that has a striated hank on either side.

The container may have held liquid, such as chocolate, but more likely offerings to be placed in the tomb of the elite or royal personage to which it belonged.

A lidded blackware vessel in the form of a cormorant is in the collection of the Dallas Museum of Art.