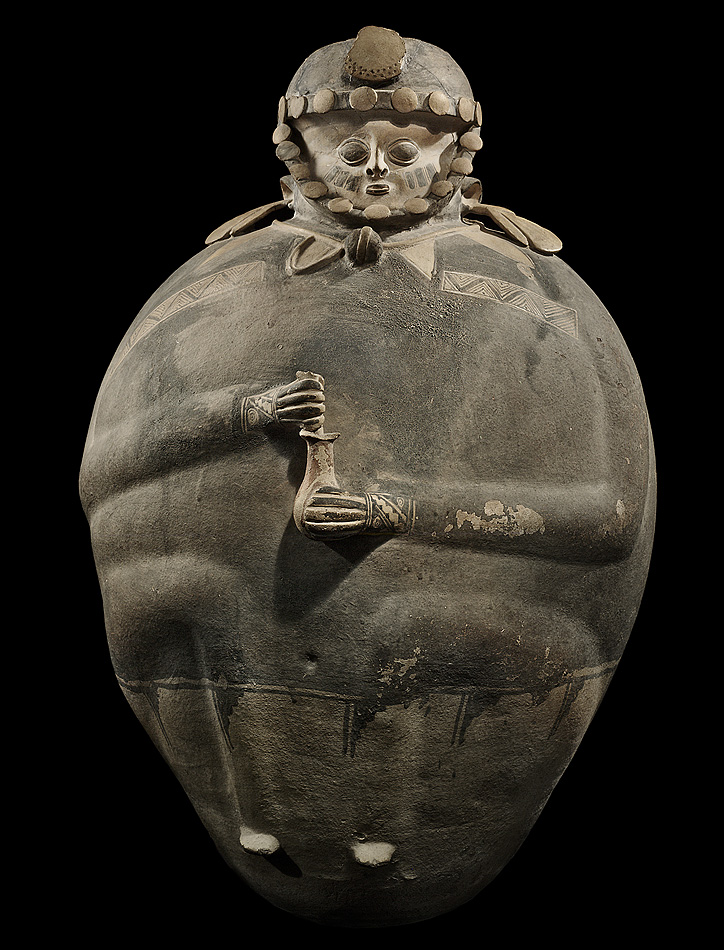 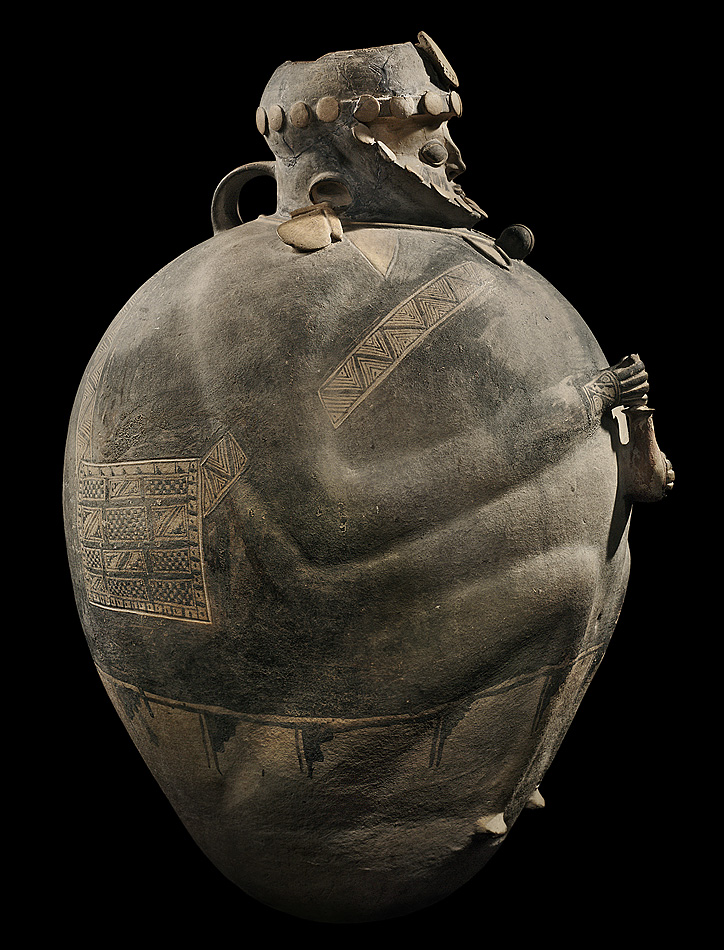 The Chancay culture were highly accomplished ceramists and textile workers, both of which are plain to see in the art that survived their civilization. Unburnished surfaces give a natural and earthy feel while each precise line suggests a careful eye and steady hand.

This large ovoid sculpture is decorated in two colors of slip; white stonewash, and a contrasting brown-black. It is no doubt an important depiction as evidenced by the headdress that graces the figure; a single large disc element is placed at its center. Smaller discs decorate the chinstrap and circumnavigate the temple. Three striped tattoos decorate each cheek on either side of the aquiline nose beneath the almond shaped eyes. Large multi-faceted triangular earrings hang from both ears, a design echoed by the white triangles on the figure’s necklace. The cord and a large central bead with narrow stripe are its other notable components. A raised outline is present on one of the triangles, it may have once been present on the others as well. The hands hold a poporo, a storage vessel used to carry small amounts of lime, and accompanying pin. These tools were used for the chewing of coca leaves, an action generally undertaken only by those in power or in connection to rituals.

Many details on this sculpture are painted onto the body of the vessel. The majority of the upper body is done in brown-black slip. Intricate geometric designs were formed by the negative space of those regions left carefully white; the tapered bottom half inverts this color scheme with black stepped patterns that drop onto a white background. This technique allows the two bags on either side of the body to hang, and even pass “beneath” the two sculpted arms without bulky additional features. The details on these bags are done in characteristic alternating checkered and diagonal patterns, while the straps are designated by bold chevrons.

Similar designs can be found on the cuffs near the figure’s wrists, and on the short handle from which the bag straps appear to originate on the back of the piece’s neck. The limbs are sculpted in positions that hold them close to the body so as to avoid excess breakage within the kiln and afterwards. For example, the legs are folded with the knees raised in a position common to pre-Columbian pieces.