HEAD OF THE FALCON GOD HORUS 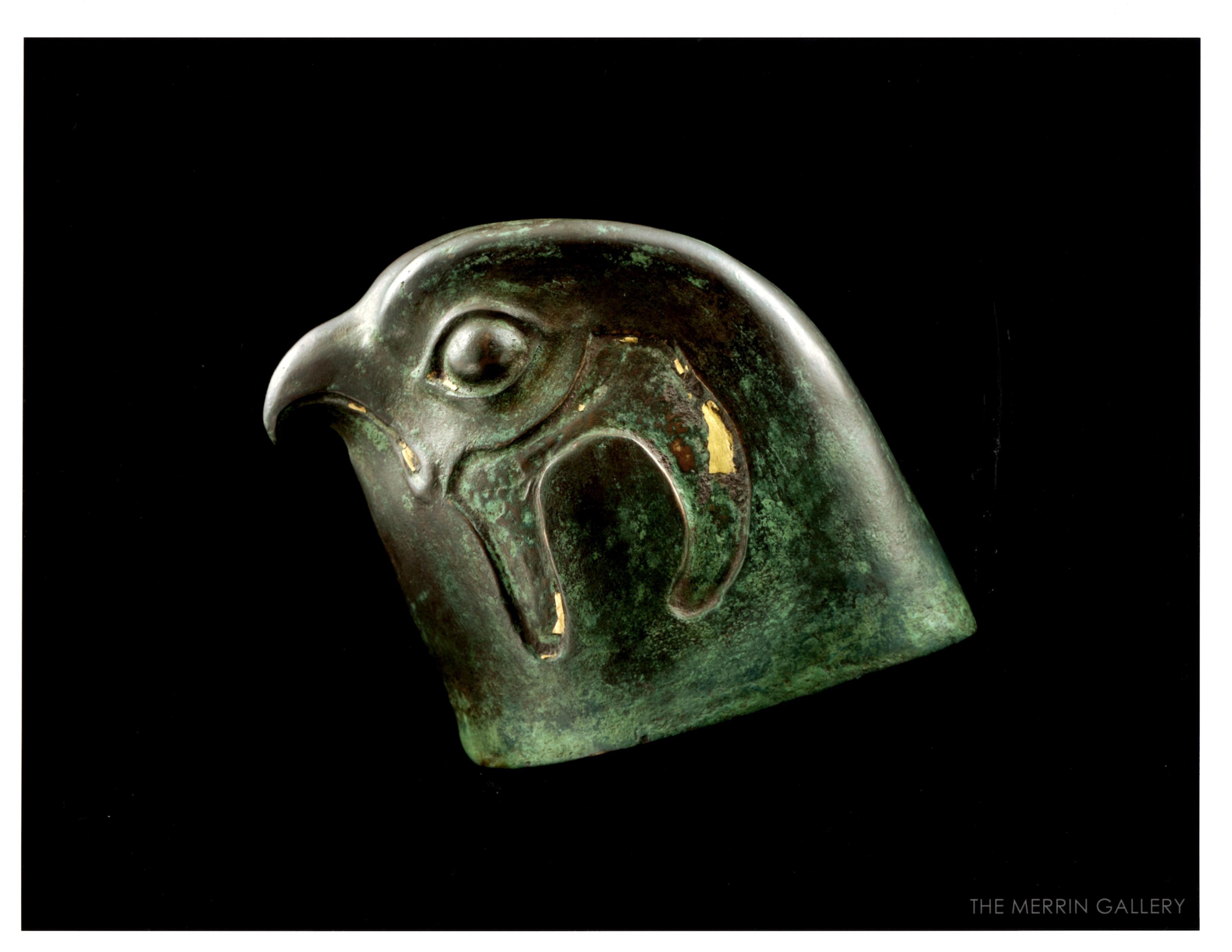 HEAD OF THE FALCON GOD HORUS

This bronze falcon head is beautifully rendered. Life sized, and incised with the outline of the peregrine falcon’s distinctive mask, it looks out at the world as majestically as the god Horus that it represents.

In addition to being life-sized this falcon head was cast in a highly naturalistic manner. Once gilded flakes of gold still remain in the groove of the beak, the edges of the falcon’s mask, and the impeccably shaped eyelids. The brows are well defined, emphasizing the streamlined edges of the form. They create a smooth curve from which the falcon’s body, in real life, would naturally follow. The short, hooked beak of the bird is solid cast, as are its eyes. The line of the skull leading up from the curve of the beak between the eyes gives the head a more realistic profile. Verdigris flecks the top of the head as well as the bottom edges of the incised markings, and makes a collar at the falcon’s throat. The dark brown cuprite that colors the falcon is speckled with the occasional hint of red brown cuprite.

The god Horus was depicted in Egyptian art as both a falcon and a falcon-headed man. God of the sky, war, and hunting, Horus was also the ruling god of Egypt; a title won through a series of victories against his fellow god Seth. The falcons located on the pharaoh’s crown and sitting by thrones are a symbol of the pharaoh’s living embodiment of the god Horus, granting the pharaoh his divine right to rule.