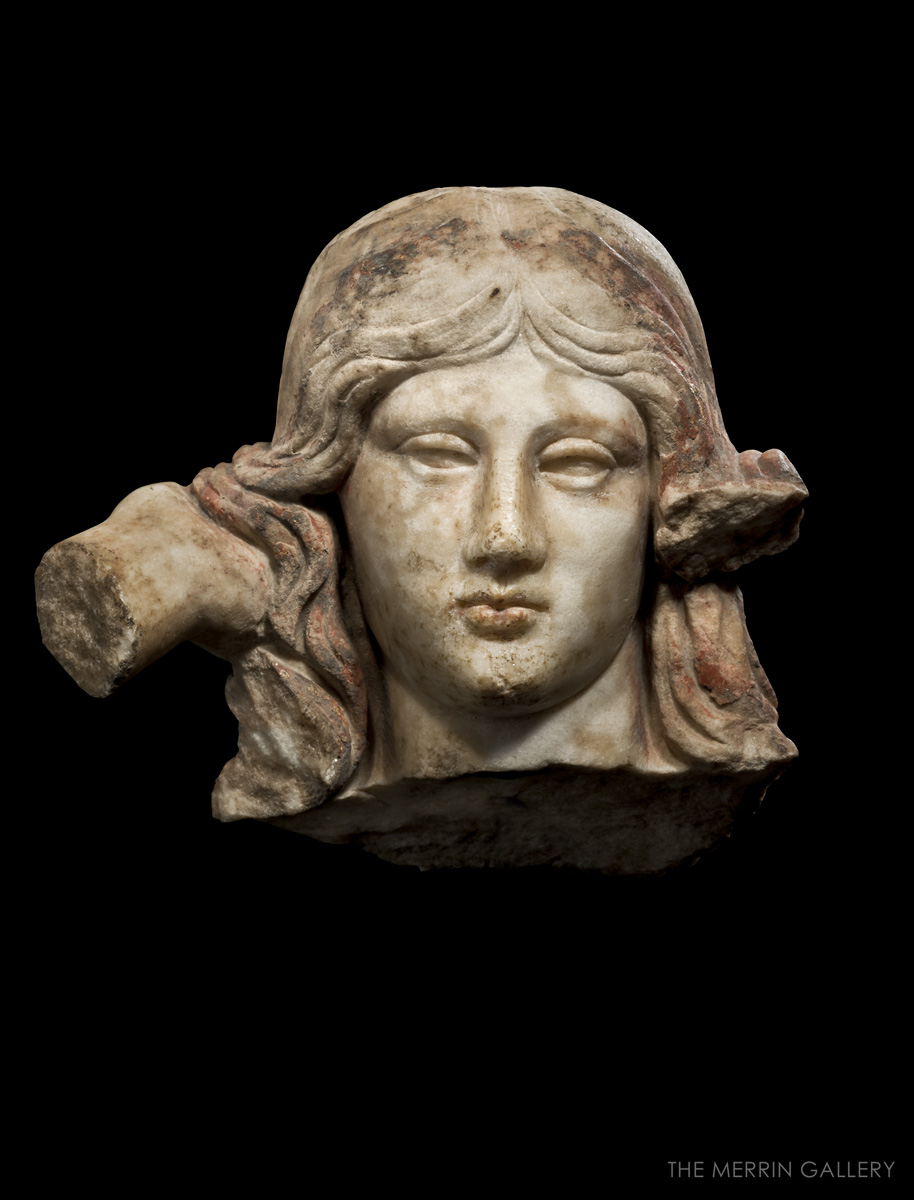 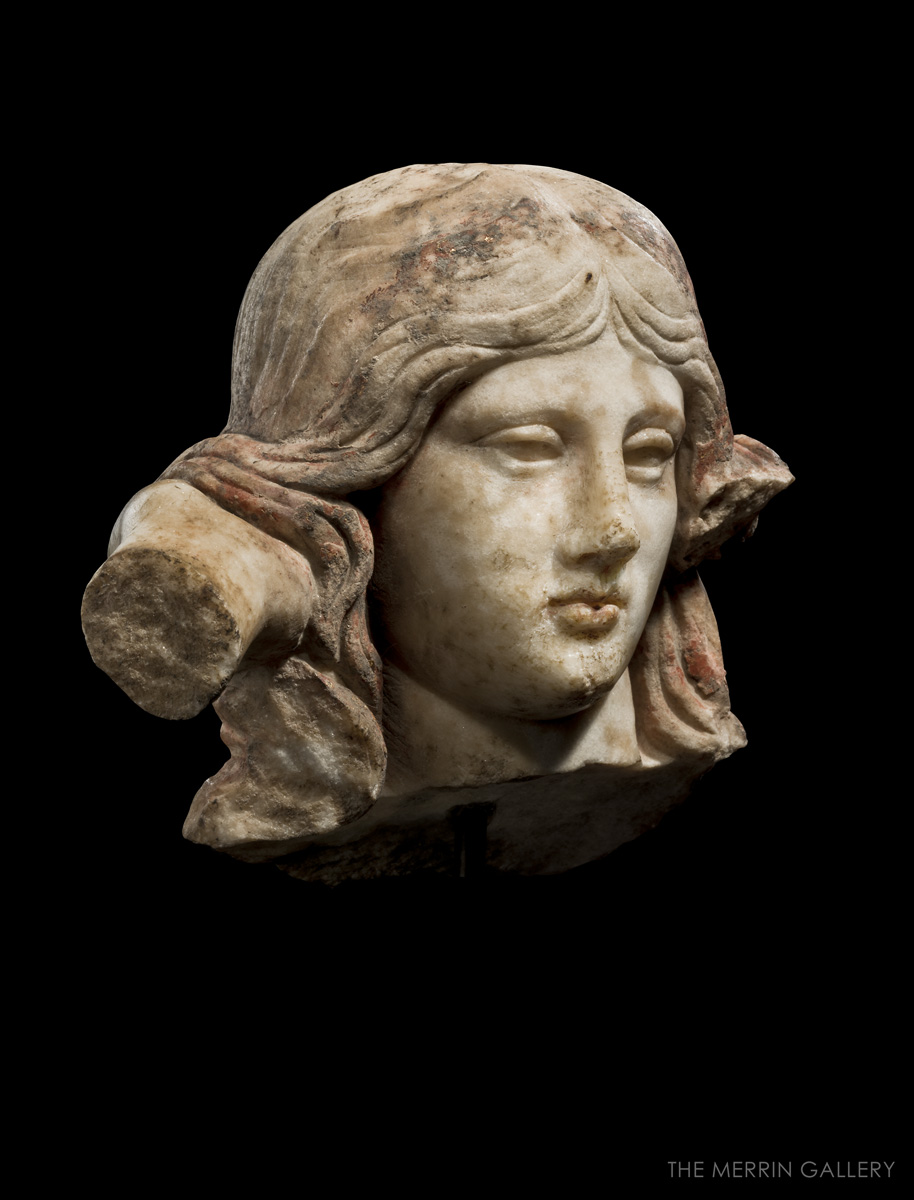 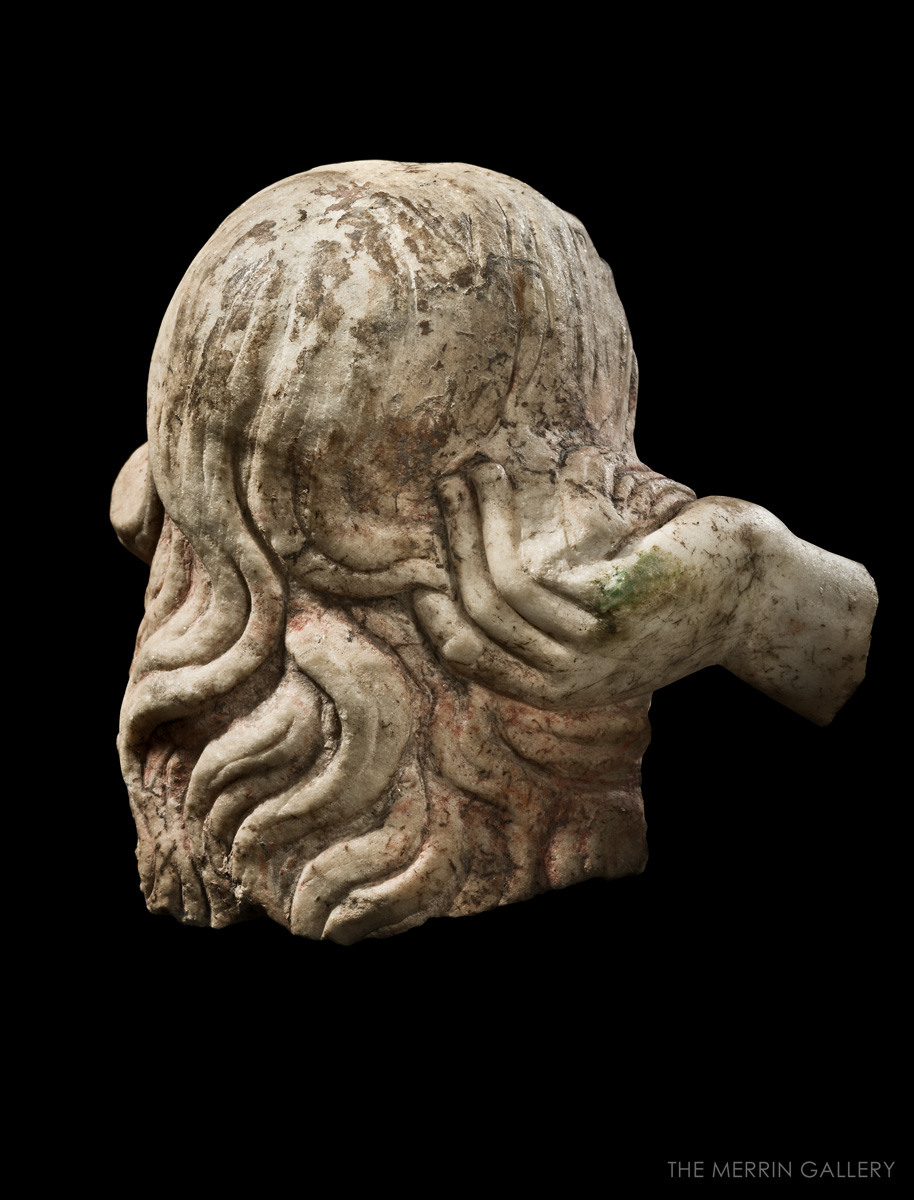 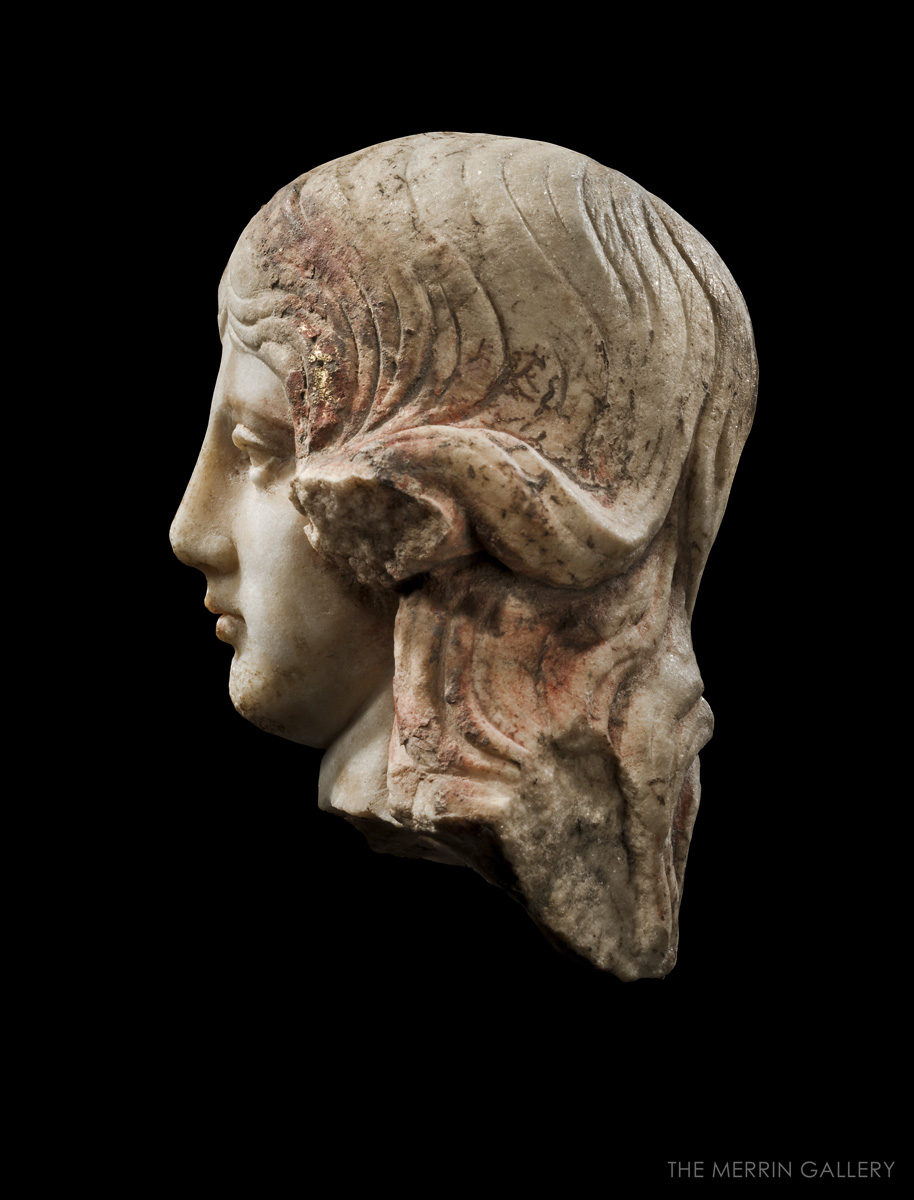 This small but exquisite head represents Aphrodite (or Venus) Anadyomene (Aphrodite Rising from the Sea). The subject was famously rendered in a painting by Apelles for the Temple of Asclepius at Kos, during the 4th century BC. Though lost, the painting’s renown endured through its description in Natural History by Pliny the Elder, written in the first century AD.

According to myth, Aphrodite was born from the sea. She arose from the foam as an adult woman, not a babe. Despite her numerous amorous adventures, she restored her virginity by returning to the sea from which she continually reemerges. Consequently, she is often depicted with her arms raised to her head, her hands wringing out the seawater from of her hair.  And thus, the goddess is presented naked and unashamed, her body revealed in all its glory for the adoring gaze of her worshipers. This proved a popular and enduring motif as more statues of the nude Aphrodite survive than any other Greek god. This contrasts with the many depictions of the goddess clothed or semi-draped or with her hands attempting to conceal her breast or pubis.

Calling her Venus, the Romans revered the goddess, as she was considered the mother of the Roman people. The Julio-Claudian dynasty claimed her as their divine ancestress in the guise of Venus Genetrix. This subject is demurer as it depicts the goddess clad in drapery with one breast exposed.  Nevertheless, the Anadyomene type continued alongside the Genetrix and we can imagine the former being of special, intimate devotion as it evoked desire in the viewer.

In our head, the goddess presents a serene expression. She welcomes the gaze, but she does not react to it. Traces of polychrome survive.