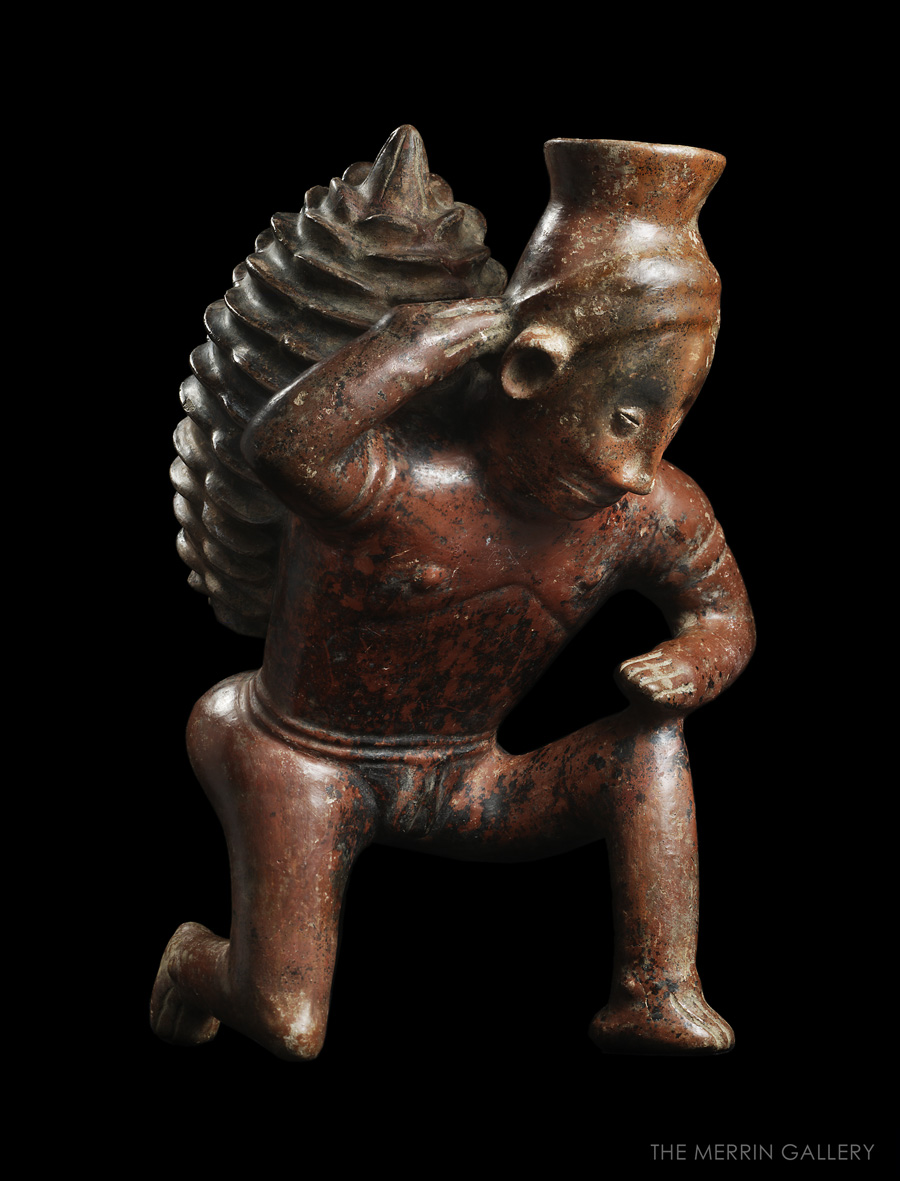 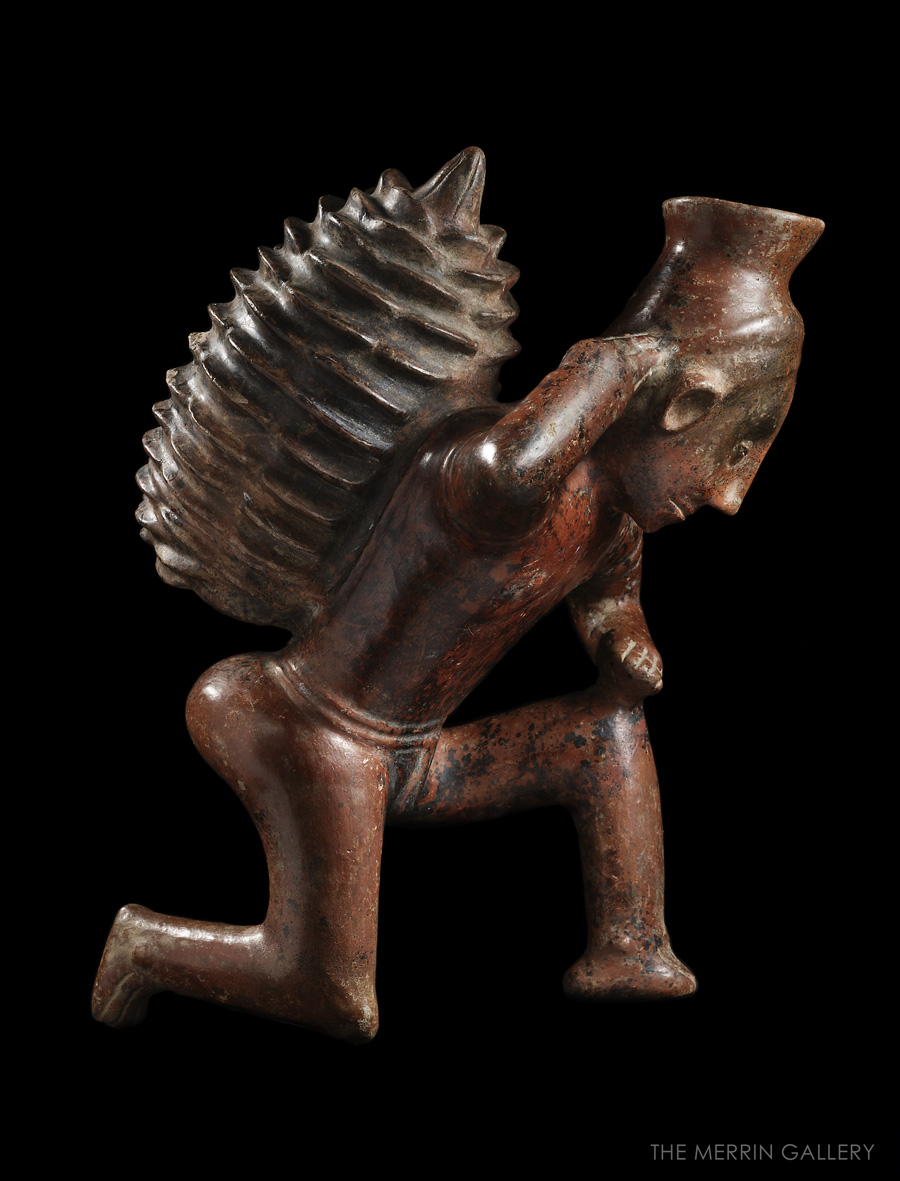 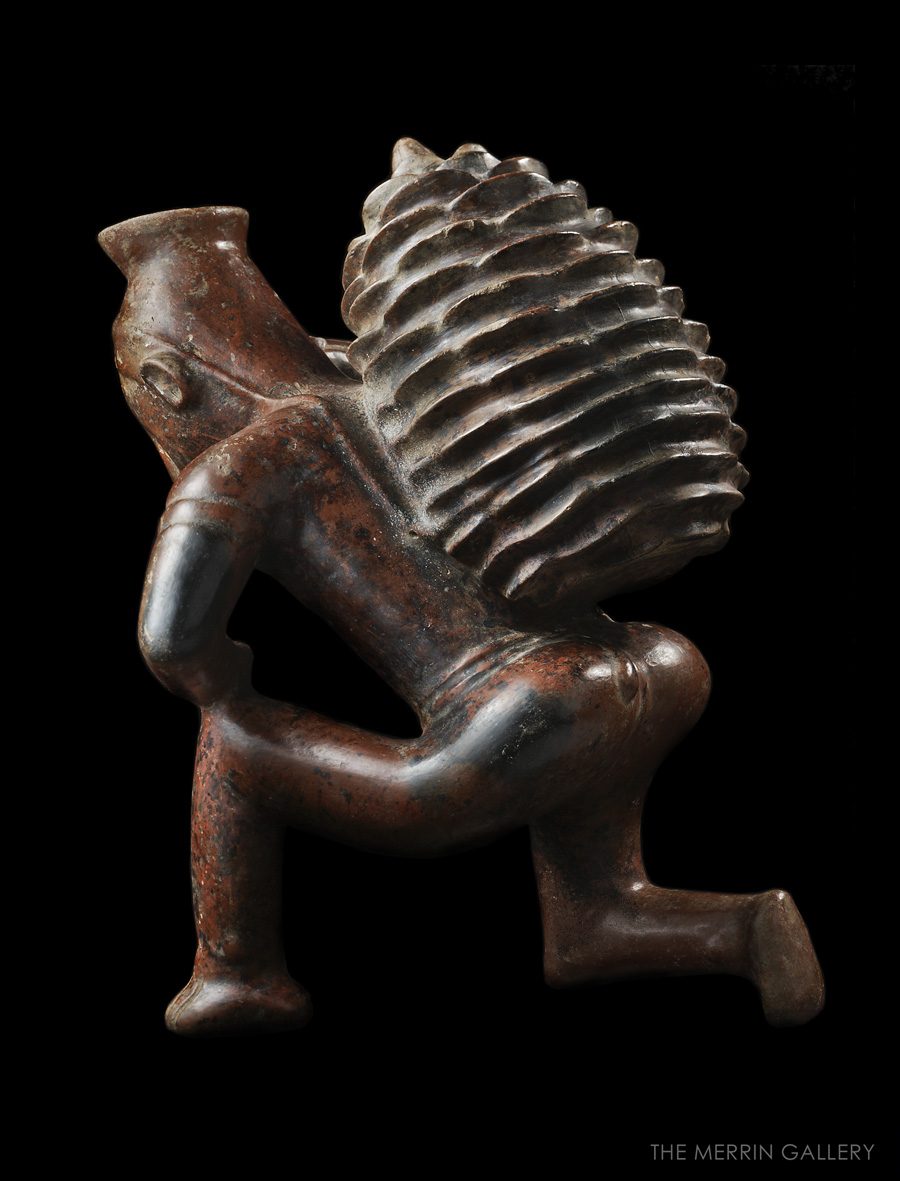 Western Mexico has been home to a multitude of distinctive cultures including, over 2000 years ago, the Colima culture. Masters of their craft, and singular in their depiction of secular as well as religious motifs in their art, the coastal Colima are known for having sculpted lifelike terracotta pottery depicting subjects ranging from flora and fauna to exquisite lifelike portraits.

This rare and interesting hollow terracotta figure is posed kneeling with his right knee resting on the ground. The left knee is raised, left arm resting atop the raised knee. The figure’s right arm is raised with the hand posed behind the ear. The head has a flared opening at the crown and the face has been carefully sculpted with a pointed nose and characteristic coffee bean shaped eyes. Pectorals and nipples have been detailed on the chest, emphasizing the figure’s strength which is certainly needed to bear his load. Even with the aid of the tumpline secured around the head and the bottom of his cargo: the agave rosette (also called piña) carried on his back could weigh over 45kg (100lb) in life. The belt-like maxolotl around the waist and between the legs, arm bands at the biceps, and the tumpline around the head are the figure’s only apparel.

The agave’s sugars, when fermented, was used to make an alcoholic drink called pulque that was used for religious ceremonies by the Colima. Using distillation techniques from Europe the Spanish conquistadors of Jalisco took the pulque one step further and invented tequila.