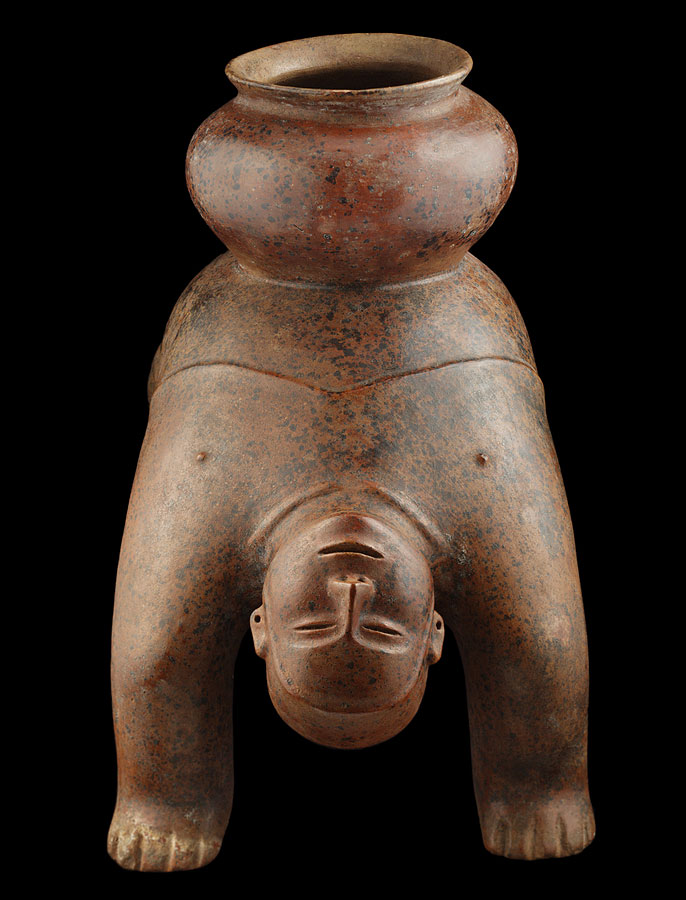 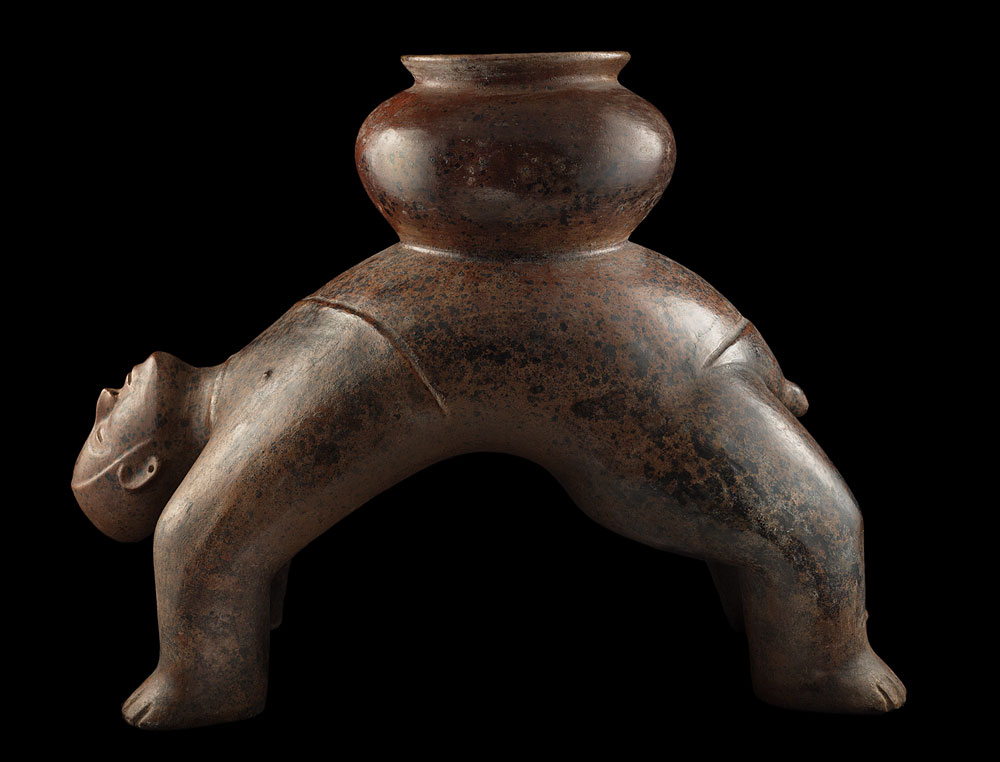 An acrobat bent backwards to expertly balance on the palms of his hands and feet smiles, a large round-bottomed pot with flared lip and open mouth sitting atop his midsection. Clearly in the midst of a performance, perhaps to a courtly audience, he exhibits his prowess with ease. This Colima piece may have been given from one upper class family to another, a gift of unusual size and beauty. It is rare to find such a wondrous piece intact.

Following the form of the piece is a treat for the eye. The symmetry of the acrobat’s body gives a sense of flow and of the artist’s attention to the overall composition of the piece. The eye rises with the acrobat’s body and over the hemispherical curve of his stance. With the stretch of the back and the bend of the knee the movement extends all the way to the arch of the head where the acrobat, and the eye, can rest and find relief. The negative space surrounding the piece is just as interesting as the smooth ceramic itself. From one side a slightly askance bell curve is revealed between the acrobat’s back and the point at which his hands and feet rest. From another, a soft nearly M-shaped space when one looks directly into the smiling face. No matter the side from which one might glance at the piece its profile, of a curve cupping the shape of the pot punctuated by a sharp point that comes out again like a broad skirt over the body, changes very little.

Closely cropped hair gives this hawk-nosed acrobat a youthful appearance. His nearly closed eyes are slit, as is common of Colima faces, and curved in an expression of joy. Delicately arched eyebrows above the eyes continue the smooth plane of the face. The acrobat is hollow, from the mouth of the pot on his stomach to his extended limbs. A broad belt is wrapped around the acrobat’s middle, possibly as a prop to help balance the heavy pot, and a torque adorns his neck. Aside from these accoutrements the acrobat is naked. No ear-flares are set in his pierced ears, possibly due to the nature of his current activities. While the body is well proportioned, his limbs would appear rather short and stocky should he stand upright. The fingers and toes are incised into feet and hands of equal length. It is likely that the limbs were made separately from the body using molds and that this piece was made in a workshop dedicated to making several figures with similarly set limbs.