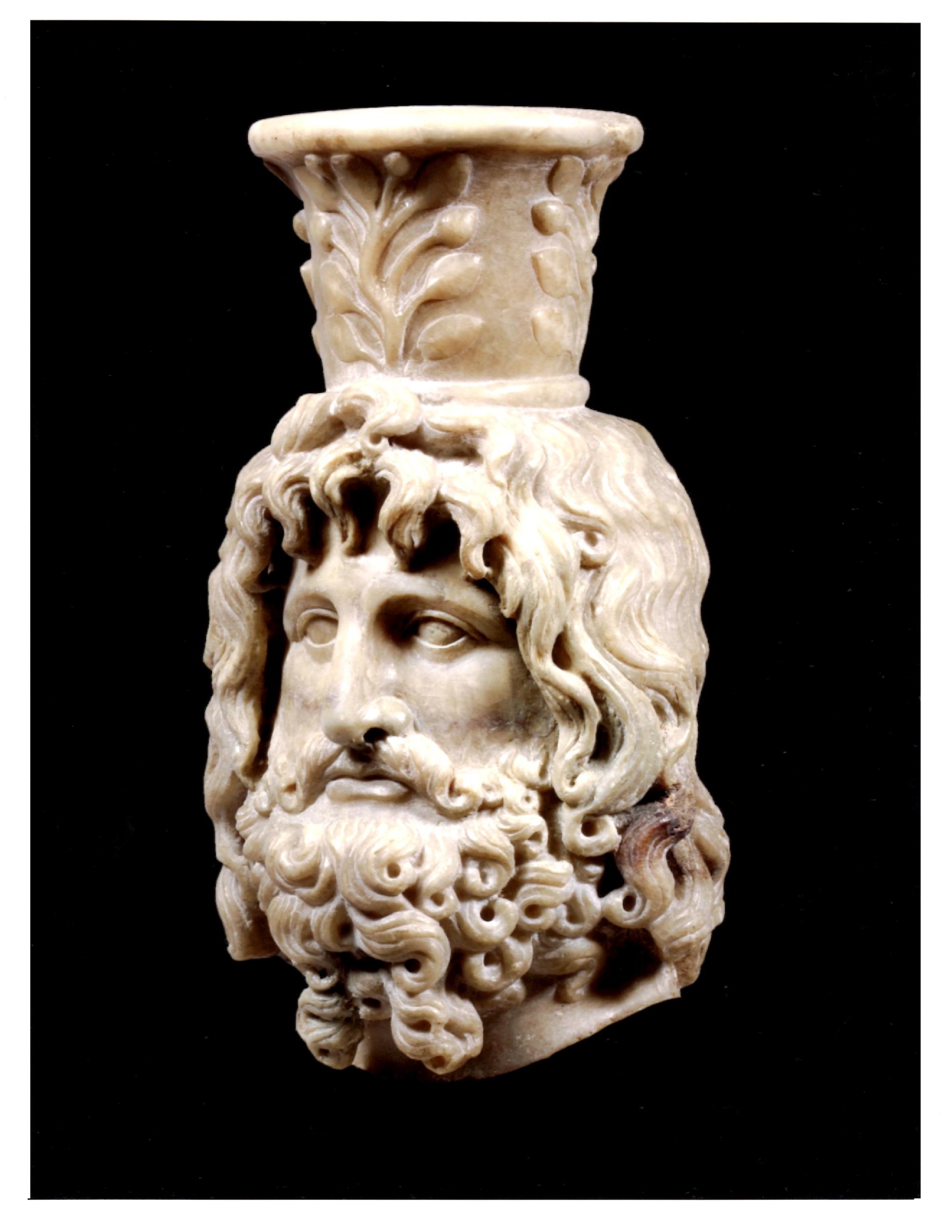 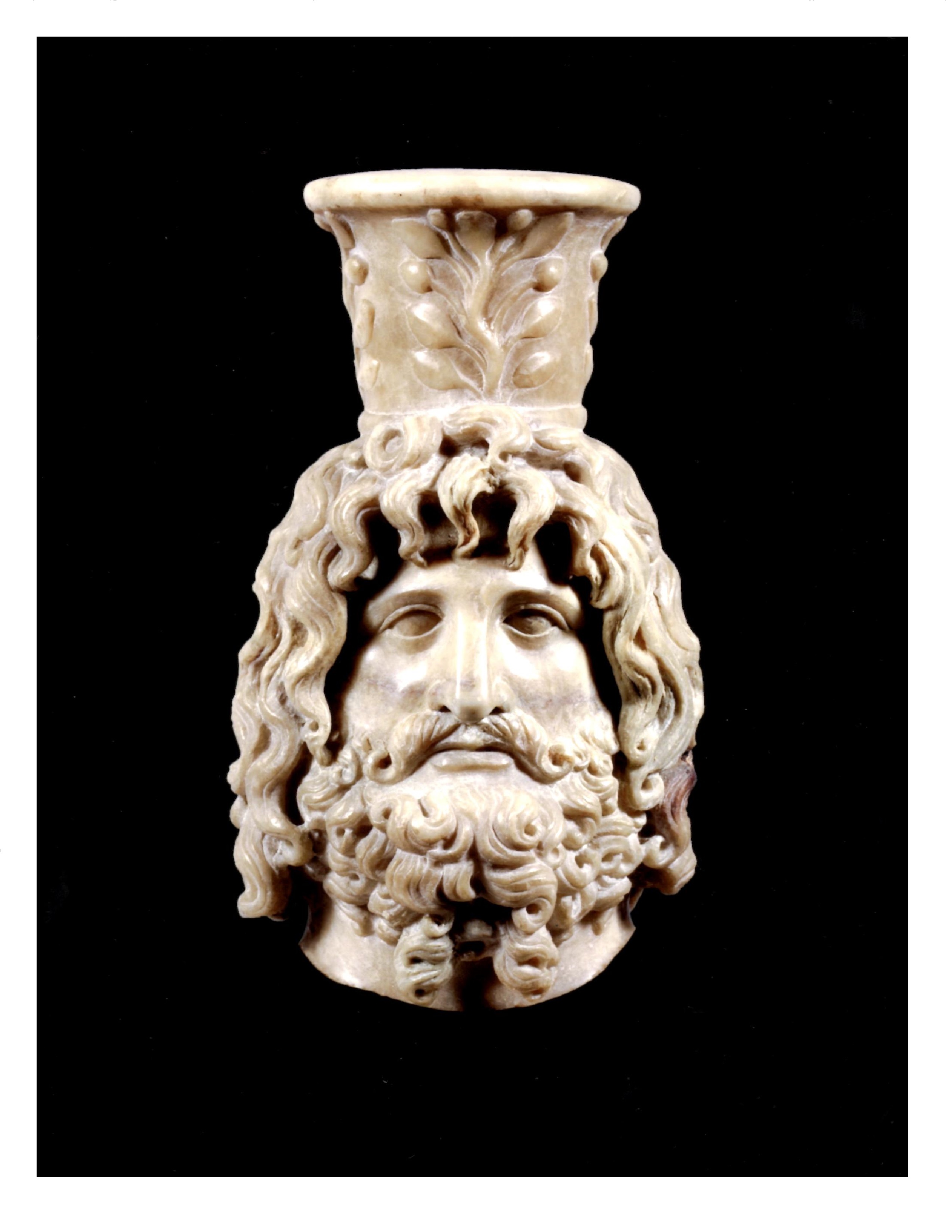 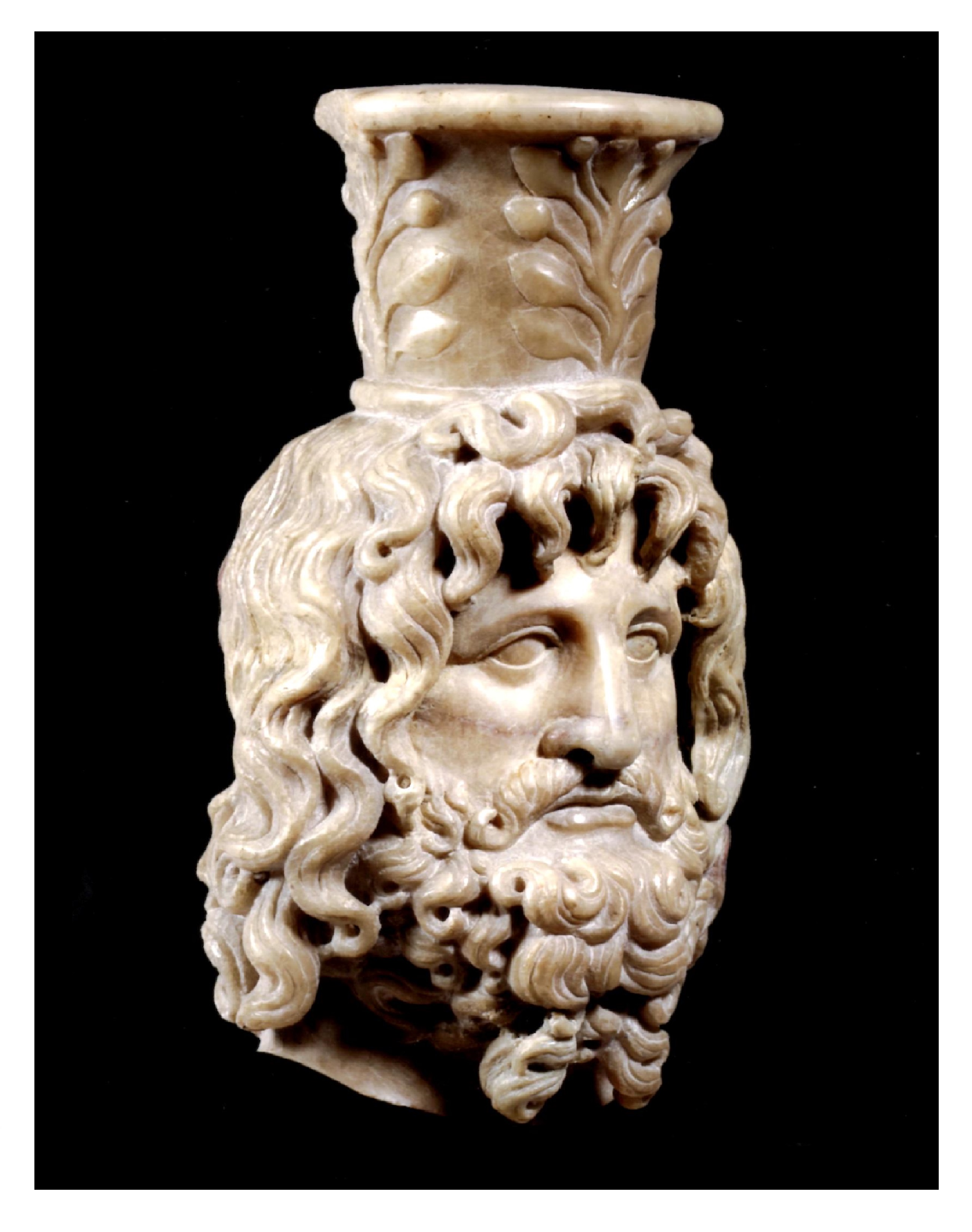 Serapis or Sarapis, is a god who was introduced into Egypt during the Ptolemaic period by Ptolemy I Soter in an attempt to blend the Hellenic pantheon with that of Egypt in order to appeal to the native Egyptians and Greek inhabitants, alike. Serapis combines the attributes of the Egyptian god Osiris with those of the Greek god Zeus. He resembles Zeus with his characteristic flowing beard and further, wears a beaker, called a “modius”, as his headdress. During the Roman period, he came to be associated with Isis and Horus. His veneration spread throughout the Roman Empire. A serapeum was a temple devoted to Serapis.

Originally a god of the underworld, Serapis came to be associated with the sun. His modius represents a grain measure. This illustrated Egypt’s reputation as the grain basket of the ancient world.

Carved of a single piece of variegated beige-to-honey-colored alabaster with maroon veining, this is a masterful depiction of the god. His sinuous strands of hair, beard, and mustache are incised and further highlighted by use of the drill to form tight spit curls. A notable tour de force is the treatment of his bangs: the sculptor undercut the strands to reveal the forehead. His hair cascades over his ears and the beard divides into coiled tendrils. A straight Roman nose imbues the face with strength. The downcast almond-shaped eyes and the pouting lower lip produce a somber expression. The modius flares at the top. Vegetal elements in high relief, decorate the exterior.